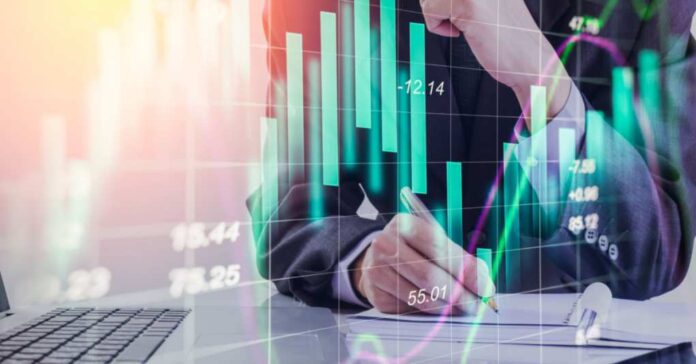 Jamie Dimon, the CEO of JPMorgan Chase, just gave a horrendous prediction about the economy. If you are wanting to stay optimistic about the days ahead, you might want to put this article away and pick up a copy of “Chicken Soup for the Soul.”

Dimon is preparing his bank, the biggest in the United States, for what he is calling an “economic hurricane on the horizon.” He is advising his investors to do the same.

“You know, I said there’s storm clouds but I’m going to change it … it’s a hurricane,” Dimon said this week at a financial conference in New York. He said even though conditions may seem fine right now, we should expect a hurricane and we are not sure if it is a minor one or “Superstorm Sandy.”

Dimon told a room full of analysts and investors, “You’d better brace yourself. JPMorgan is bracing ourselves and we’re going to be very conservative with our balance sheet.”

The storm began brewing last year, and now with inflation higher than it has been in decades, the supply chain horror show, and the tail end of the pandemic, there is much fear that the feds will move the economy into recession to combat price increases.

Many saw a tiny reprieve in their stocks in the last couple of weeks, and optimism grew as some thought inflation could be lessening. But Dimon dashed those hopes this week.

“Right now, it’s kind of sunny, things are doing fine, everyone thinks the Fed can handle this. That hurricane is right out there, down the road, coming our way,” Dimon said.

One of the things that Dimon is concerned about is the Federal Reserve reversing its emergency bond-buying program and the shrinking of its balance sheet. This is called quantitative tightening (QT) and according to Dimon, we have not had QT like this for 50 years.

Another concern for Dimon is the Ukrainian war and the impact it is have on commodities like food and fuel. He said that oil will have to go up because of the disruptions of this conflict, and it could hit $175 a barrel. He believes that we are not taking the kind of action we should to protect Europe from what will happen with oil in the short run.

Dimon said that in the 2008 financial crisis, banks and foreign exchange trading firms were three of the major purchases of U.S. Treasury Bonds. But he said that the same players will not have the ability or the desire to acquire as many bonds this time around. He said that we should prepare for “huge volatility.”

Another concern is that banks are not willing to service a lot of federal FHA loans because the delinquencies could go to 10%, which is likely in a downturn.

The JPMorgan CEO used all four gears in his hour-long speech. He included a “greatest hits” section of his observations and gripes, and he used some intense profanity in the process. Dimon lashed out at investors for voting with proxy advisors like Glass Lewis who disagreed with JPMorgan’s board on issues like executive compensation and separating the chairman and CEO positions in banks in the future.

“Shame on you if that’s how you vote. Seriously, you should be embarrassed. Do your own homework,” he said. Dimon believes that companies are being driven out of public markets due to litigation and unneeded regulation.

Dimon focused on the difference between capitalism and being “woke.” He said, “I am a red-blooded, free market capitalist and I’m not woke. All we’re saying is when we wake up in the morning, we give a s— about serving customers, earning their respect, earning their repeat business.”

It looks like we should start battening down the hatches…