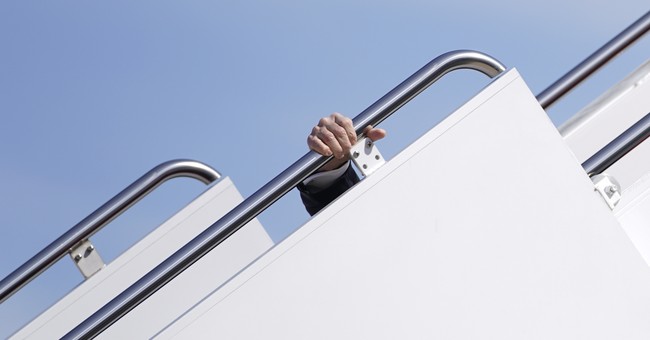 Whenever I look at a poll regarding Joe Biden, I keep saying he has to hit a bottom — that he can’t just keep going lower, can he? Of course, he keeps doing things to deserve going lower, so yes, the polls keep getting worse and worse for him. He’s already lower than all modern presidents who held the office.

In the last poll, I covered the ABC/Ipsos poll, he was hitting now, in the high 20s, approval on inflation and gas prices, and over 70 percent disapproval. It’s hard to get much worse than that. That was similar to the poll covered on CNN a few days before, which also had Biden in the 20s when it came to approval.

But, when you have those kind of numbers, it means you’re losing people across the board.

In the new Quinnipiac poll, he’s hit the lowest number ever, once again — 33 percent approval.

But worse than that, he’s taken a huge hit among voters where Democrats have historically had much higher numbers such as African Americans (under 50 percent), Hispanics (24 percent), and young voters 18-34 (22 percent).

Those numbers are a death knell for Democrats, I don’t know that any recent Democrat has had lower numbers with those important constituencies.

That’s a huge movement toward Republicans, if half are preferring Republicans.

In new Zogby polls, he’s also lost a lot of ground with young people, suburbanites, women, minorities (especially Hispanics), and union members. I’m not sure who is left after that for Democrats. Biden is now underwater in Hispanic approval, with 45 percent disapproval and 44 percent approval. The reason why? Just 27 percent think the country is heading in the right direction.

In the Morning Consult poll, approval is also at an all-time low for him for that poll. At this point, it’s worse than President Donald Trump’s, with a 12-point net difference.

But if we needed a visual metaphor for Joe Biden in general, he provided it again, once again, somehow managing to fall up the stairs to Air Force One on Wednesday.

That’s a reminder of the time he tripped/fell three times going up the same steps back near the start of his term in 2021. He even appeared to hit his head on the side of the stairs.

He’s had gait issues in the past, which could account for more problems walking up stairs and having to lift his feet.

When you don’t have a solid base, you tend to fall. That’s the problem that Biden has now-he’s even lost that base and that’s going to upend him and Democrats in November.