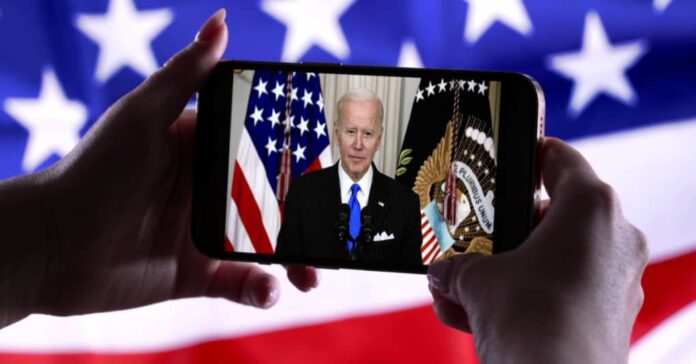 Every time President Joe Biden opens his mouth about the second amendment, firearms laws, or guns in general he makes an ignorant statement. California State Senator Kevin de León is still the gold standard for making ignorant statements about firearms with his “ghost gun” rant, but President Biden is doing everything he can to surpass that statement.

This is a talking point he has been trying to push for over two years now, and one he claims after any shooting that grabs national interest. With the Washington Post and Politifact both calling him out about this being a bald-faced lie, he refuses to listen to the truth on the subject no matter who is trying to talk with him.

His legion of followers are parroting his rhetoric and recites it as if it was a fact. They have been doing this for some time now too, and whenever they are confronted with the truth about the situation they often start screaming, bring up other arguments as it will suddenly change the truth, or simply refuse to continue the discussion as they are ill-prepared for the discussion.

Unfortunately for every second amendment-loving American, we are getting to a point where the possibility of Biden using executive orders to try and force his gun control upon us is closer than ever. With the recent upticks in mass shootings, poor security/law enforcement response to school shootings, and the national outcry for something to be done, the day for severe action to be taken is closing in.

One of the most commonly discussed ideas that President Biden never brings up is the “Red Flag Law” in the Republican-dominated state of Florida. This is a newer idea that is showing a lot of promise from a place commonly known as The Gunshine State.

As CNN explains “also known as risk protection orders, was one piece of a sprawling gun reform package that then-Gov. Rick Scott signed into law just three weeks after a teenage gunman killed 17 people inside Marjory Stoneman Douglas High School. It included $400 million in new spending for priorities like school security and mental health resources and allowed trained school staff to carry firearms for the first time. Republican lawmakers also agreed to raise the age to own a gun to 21 and implemented a three-day waiting period to purchase most rifles.”

While many don’t agree with the idea of having to wait to get their firearms, and it can certainly be construed as an infringement upon our rights (as the second amendment explicitly forbids), it could be seen as a middle ground agreement with the leftists who believe nothing but a total confiscation will change the culture here in America. Their idea of a gun-free utopia is something that might sound nice to them in theory, but it is nothing but a pipe dream.

Until the leftists and anti-gun nuts are willing to become educated on the subject, their ideas will continue to punish law-abiding gun owners. Many of these same people are the same ones crying out that men should not be creating abortion laws. Much the same, people who know nothing about guns should not be trying to make laws about them.

If they actually learned how guns work, they might understand how little their laws do to keep people safe. If they want real changes in gun crimes, we need real changes in our society.