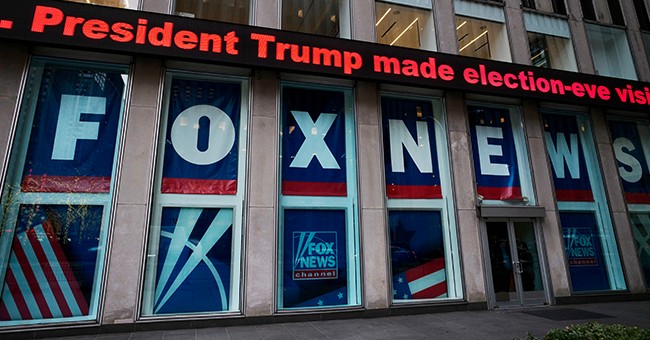 It’s been a bad week for some of the more notorious, left-leaning media outlets. The Washington Post is seemingly on fire, CNN is openly hinting that it might be axing some of its liberal news hosts, and MSNBC just hit a 23-year ratings low in the key demographic of adults aged 25-54. There’s even more bad news for CNN this week, though.

Seems like people are getting sick of what they’re selling.

Fox News obliterated the competition, leading all basic cable by averaging 1.3 million viewers from May 30 through June 5. Can you guess number two? CNN, MSNBC? Nope. HGTV.

Let’s take a look at the numbers (all bolding mine):

Fox News averaged 1.3 million viewers from May 30 through June 5 to lead all of basic cable as No. 2 HGTV averaged only 562,000 viewers. MSNBC finished third with 556,000 average viewers and CNN settled for 450,000 as the networks failed to top Fox News combined.

MSNBC and CNN “failed to top Fox News combined.” That’s not just bad, that’s an epic fail. But it gets worse:

Fox News also dominated during the primetime hours of 8-11 p.m., averaging over two million viewers when No. 2 ESPN finished with an average primetime audience of 1.5 million. MSNBC averaged 800,000 to finish ninth and CNN failed to crack the top ten most-watched basic cable networks with a dismal primetime average audience of 603,000…

Here’s where it gets truly funny, though. Look at the networks that beat MSNBC:

MSNBC’s Biden-era struggles among the advertiser-coveted (25-52 year-old) demo continued to get worse, as the network had its worst week among demo viewers in total day and primetime since 1999. Animal Plant, Travel Channel, Syfy, Freeform, E1, FXX, BET and TLC are among the 32 basic cable networks to outperform MSNBC in the critical category last week among total day viewers.

“The Five” finished as the most-watched cable news program of the week, averaging 3.28 million viewers, with “Tucker Carlson Tonight” coming in a close second at 3.2 million.

It’s no wonder Fox is opting not to air Thursday’s primetime Capitol Committee hearing spectacle, putting it on the Fox Business Channel instead. Noted ratings expert and unbiased reporter Brian Stelter had this to say:

“At 8pm ET on an ordinary night, Fox News has more than 3 million viewers, while Fox Business has under 100,000,” Stelter tweeted. “That pretty much says it all about Fox’s priorities.”

This is a ridiculous take even from him. He just dunked on his own argument–why would you risk 3 million Tucker Carlson viewers to air a committee hearing, when we already saw that show in the second impeachment trial? It’s brilliant observations like these that have spawned rumors that Stetler is soon to go the way of CNN+.

My colleague Jeff Charles reports that CNN is trying to do an about-face and return to unbiased reporting in an effort to boost sagging ratings and plunging credibility–but that it may be too late.

The numbers tell us what we already knew–America’s mainstream media has been failing us. They’re entirely too biased; they advocate censorship of views they don’t like, and they often outright lie. While Fox’s dominance is nothing new, and ratings for CNN and MSNBC have been falling for a while now, they–like Joe Biden’s approval numbers–just can’t seem to find the bottom. America’s viewers are getting smarter, and simply turning the channel.