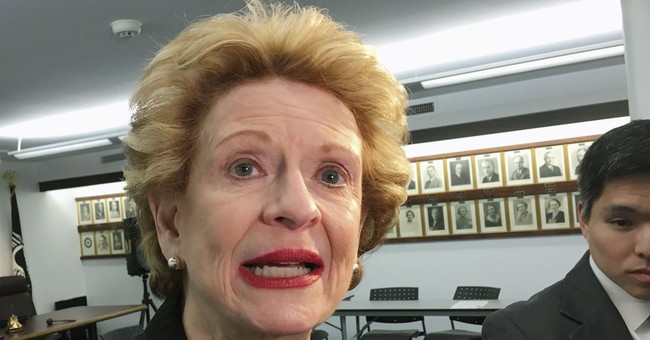 While Democrats obsess over January 6th, normal Americans are feeling the squeeze where it actually matters: Their wallets.

Gas prices are through the roof, hitting new highs seemingly every day and crushing family budgets in the process. In response, the Biden administration has done essentially nothing, and in many ways, it has actively made the situation worse. Instead of prioritizing increasing the future supply of oil domestically, which could lower prices today in a speculative market, the president has quashed federal leases and pipelines, while focusing on boondoggles like building more solar panels.

Things aren’t any better with Democrats in Congress. Sen. Debbie Stabenow of Michigan, a relative fossil in Washington, decided to break from reality during a hearing on Tuesday to lecture the peons on how silly it supposedly is to rely on gas for transportation.

I checked the mileage from Detroit to D.C., and it clocks in at about 520 miles. Given the traffic she likely hit along the way through various major cities, it’s probable she had to find a place to charge at least twice, depending on what kind of electric car she has. Even assuming no lines, that would have added hours to her trip. So, the idea that she just sailed home is obviously bunk.

Regardless, if someone wants to buy an electric car, I’m actually all for that. More power to those who can afford them and whose families (or lack thereof) make them somewhat practical.

But the snobbish elitism on display is astonishing. What about the single mother who has $8,000 to get a used car with? What electric vehicle can she buy, given the median price on one is over $55,000? Heck, even if someone gave that single mother an EV, how would she charge it at her apartment?

Or what about the contractor who needs a pickup truck? Is he expected to wait around two years for a Ford Lightning to be delivered? And that’s assuming he can make do with a half ton.

The point is that this message of “just go buy an electric car” is insulting and completely devoid of reality. It’s also incredibly dumb politically. Democrats that keep pushing such nonsense deserve the shellacking that is coming. Electric vehicles may have their place, but they are not a replacement for smart energy policy.

Republicans need to keep hammering away at the idea that this “transition” is worth it. It’s not; it’s self-destructive, and it makes America more reliant on its adversaries. The party that runs on domestic energy production will come out ahead in the end.