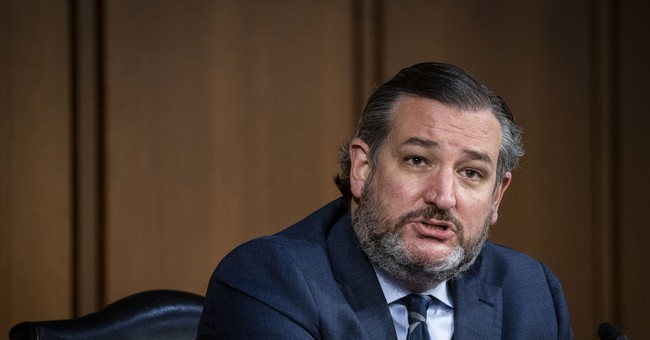 When Texas Republican Senator Ted Cruz is on it. he is on it.

Cruz is at his best on Tuesday during a Senate Judiciary Committee hearing on H.R.350 — The Domestic Terrorism Prevention Act of 2022 — yet another politically expedient bill, ushered through Nancy Pelosi’s House in the aftermath of the Buffalo supermarket mass shooting in early May.

As Cruz begins his comments, he lays out three basic propositions on which, he said, Republicans and Democrats alike should be able to agree.

There are 3 propositions that should bring Senate Democrats and Republicans together:

1: Violent crime is unacceptable and should be punished severely.

3: The machinery of the federal government shouldn’t be used to target political opponents.

In the slim chance that you’re a Democrat — or whatever — do you have a problem with any of Cruz’s propositions? If so, please enlighten us in the comment section, below.

Cruz was masterful — in both content and delivery — as transcribed from the above video.

You know there oughta be at least three propositions on which all of us can agree: Number on, violent crime is always unacceptable and should be punished severely. Number two, hate is wrong. And number three: the machinery of the federal government should not be used as a tool to target and persecute your political opponents.

“All three of those propositions should be ideas that bring us together regardless of where you fall on the political spectrum,” he added. “Unfortunately, we see over and over again efforts to politicize acts of violence.”

And nobody does it “better” than Joe Biden — except, perhaps his mentor, Barack Obama, who nearly pulled a hamstring rushing to a TV camera to call for stringent gun-control legislation during every “mass” shooting during his presidency.

As RedState reported, following the Buffalo shooting, both Biden and his inept vice president, Kamala Harris, made fools out of themselves as they rushed to condemn everyone from Fox News host Tucker Carlson to “domestic terrorism,” “hate crime” (aka: “white supremacy”), and of course, legal firearms themselves– the guiltiest of all.

When it comes to white supremacy, when it comes to vicious hate groups like the Klan or the Nazi Party, in my view, they are unequivocally hateful, bigoted, racist morons who should be denounced and despised.

Bingo. But? Just one problem, liberals:

And then the Hammer of Truth — perfectly swung. Game, set, match. Thanks for playing, Democrats, have a nice day.

And I also think today’s congressional Democrats try to use the charge of white supremacy which is undoubtedly evil, bigoted, and wrong, and weaponized by their own party, they try to use that as a proxy for attacking a political party they disagree with.

“Shockingly,” Biden and Democrats don’t want to talk about the rise in crime against Asians in America, much less the perpetrators of the majority of those crimes. And rising anti-Semitism? Have you heard Biden or any Democrat condemn that, recently? Me, neither.

“My view is simple,” Cruz concluded: “Violence is always wrong — whatever your ideology; left-wing, right-wing, no wings. If you are seeking to hurt people, it is wrong.”

Violence is violence. Evil is evil. Curtailing the rights of law-abiding citizens will stop neither.