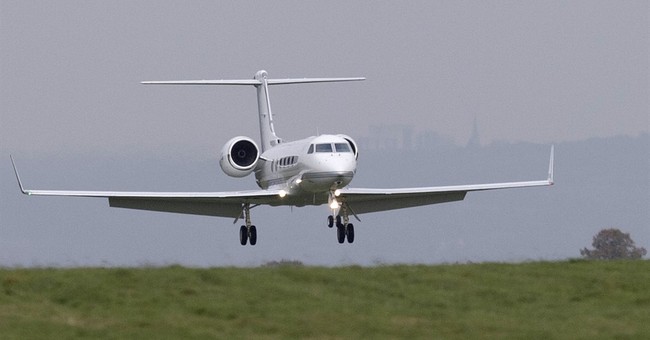 Perhaps many more people on earth would take the climate change hysterics a bit more seriously if climate activists weren’t such raging hypocrites.

The European Union is currently working on a plan to impose a minimum tax rate for aviation fuels. Their goal is to strengthen their fight against climate change by targeting an area of fossil fuels that has been largely ignored by carbon tax enthusiasts in the climate change industry.

From The Irish Times:

The commission plans to set an EU-wide minimum tax rate for aviation fuels, as it seeks to meet more ambitious targets to fight climate change.

A draft of the commission’s tax proposal takes aim at aviation, which escapes EU fuel taxes.

That exemption “is not coherent with the present climate challenges and policies,” the document said, adding that EU tax rules promote fossil fuels over green energy sources and need rewriting to support the bloc’s climate goals.

The proposal would impose an EU-wide minimum level of tax on energy products supplied as aircraft fuel for flights within the EU.

All very well and good, if not useless (the planet’s worst polluters are China and India), but we wouldn’t expect the EU to simply let their economy churn at a natural rate. That’s not very European.

Enter Team Hypocrisy. For all the EU’s bloviating about how we only have 12 years 3years 18months a vaguely limited amount of time before we are all burned to shreds by a hateful sun, they very quickly made it clear they would be exempting private jets from the new tax.

However, the minimum EU tax rate would not apply to cargo-only flights or to “pleasure flights” and “business aviation” – a term that covers executive jets.

Member states would still retain the right to set their own tax rates when it comes to private jets, but the proposal is still just a draft and the EU continues to debate the merits and details.

Isn’t it funny how the poorest among us are always expected to bear the burden of climate change while our “betters” eat cake?