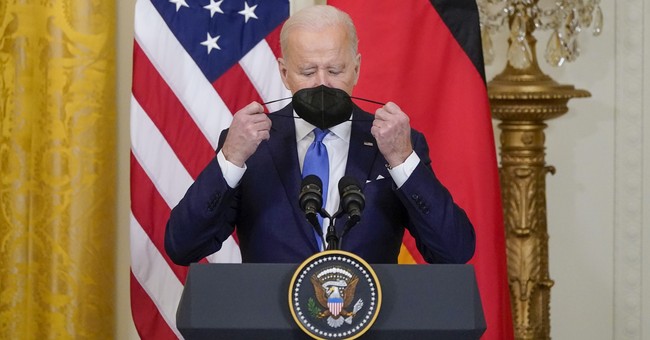 The National Pulse is reporting on a new study out of Kansas that completely contradicts the conventional wisdom regarding mask mandates and COVID-19.

According to the study, fatalities were actually ~50 percent higher in places with mandates vs. those without mandates, and there are a few reasons to suspect why that might be.

The observational study – “The Foegen Effect: A Mechanism by Which Facemasks Contribute to the COVID-19 Case Fatality Rate” – was published in Medicine in February 2022, authored by German doctor Zacharias F?gen.

The paper analyzed “whether mandatory mask use influenced the case fatality rate in Kansas” during the time period of August 1st, 2020 to October 15th. Kansas was used for comparison because the state allowed each of its 105 counties to decide whether or not to implement mask mandates, with 81 counties deciding against the measure.

“The most important finding from this study is that contrary to the accepted thought that fewer people are dying because infection rates are reduced by masks, this was not the case,” summarized the paper.

“Results from this study strongly suggest that mask mandates actually caused about 1.5 times the number of deaths or ~50% more deaths compared to no mask mandates.”

I’ve written extensively (see here, here, and here) on the lack of efficacy of masks, specifically regarding mandates, noting that time and again, real-world data has shown no correlation between mandates and infection rates. When you compare countries that strictly enforced such mandates and then looked at those that didn’t, it was clear the masking was simply not working. The same goes when you compare US states or even US counties. And while some of that could be blamed on non-compliance, the lack of any real statistical difference says it all.

So why might this latest study have found what if found? It doesn’t take a doctor to theorize that people wearing dirty masks all day and re-inhaling droplets that may get caught is probably not the healthiest thing. Further, it’s not exactly speculatory to suggest that many people absconded from social distancing because they were given a false sense of protection from all the hysteria over wearing masks. How many times have you seen someone in an N95 right on someone’s backside in a line, thinking they are protected?

Of course, you can expect those who look at masks as a religious rite to continue to push them. Their seething will not end anytime soon. Still, this should serve as a lesson going forward that just because the government proclaims something, that doesn’t make it true. Any municipality still using mask mandates is spitting in the face of objective data at this point.