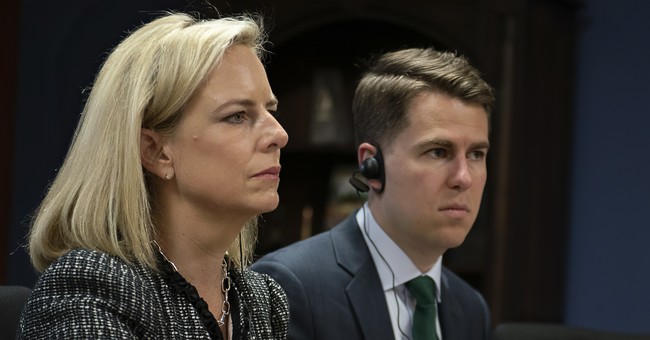 Maggie Haberman of The New York Times dropped a “scoop” on Friday that captured the mainstream media’s imagination. The report centered on a “warning,” supposedly from January 5th, 2021, that Donald Trump was going to “turn” on Mike Pence, putting the latter’s life in danger the next day.

Haberman also claimed via her sources that the danger was grave enough that it was reported to the Secret Service by Pence’s staff.

The chief of staff, Marc Short, had a message for the agent, Tim Giebels: The president was going to turn publicly against the vice president, and there could be a security risk to Mr. Pence because of it.

When I first saw this, my reaction was “who cares?” It’s currently June 2022. January 6th is simply not a thing anymore to anyone outside the beltway. Speaking to the issue of Trump turning on Pence, that was hardly a secret in the days leading up to the Capitol breach, and it’s not really noteworthy now — given the crises currently plaguing the country. Haberman’s report does nothing to move the ball forward on January 6th, simply serving as another moment for the press to go “wow,” instead of focusing on Joe Biden’s failures.

Regardless, the news led Never-Trump voice “Anonymous,” now revealed to be former no-name, former-Trump official Miles Taylor, to take to Twitter to express his horror.

Miles Taylor, who spent years anonymously claiming to be a big shot within the Trump administration, did not, in fact, “oversee the Secret Service.” He was a chief of staff within the Department of Homeland Security. To the extent that he had any influence at all via his role as an advisor and organizer, he was not who anyone at the Secret Service technically reported to. Chains of Command do actually exist, and Taylor was not in it.

Nevertheless, in an incredibly satisfying turn of events, Taylor ended up getting drop kicked by the current Secret Service Communications Director, who chimed in to correct the record.

Anthony Guglielmi was appointed to his role in March of 2022 by Biden, which means there’s no reason to suspect he’s lying in order to cover for Trump. Rather, it seems like Haberman’s report was simply false or lacked serious context. If this supposed serious threat to Pence was not actually shared with Secret Service, then it wasn’t a real threat. The idea that credible danger could exist-and that the Secret Service did not have knowledge of it-is simply not plausible

Taylor, ever the consummate grifter, latching onto something so fantastical because it fit his preferred narrative wasn’t surprising. What was surprising was seeing Gugliemi body him up in public, pointedly saying that the Secret Service has no idea what Haberman or Taylor are talking about. Let this be another lesson that these wild, anti-Trump reports should be taken with a grain of salt. Time and again, the truth ends up being far less interesting.