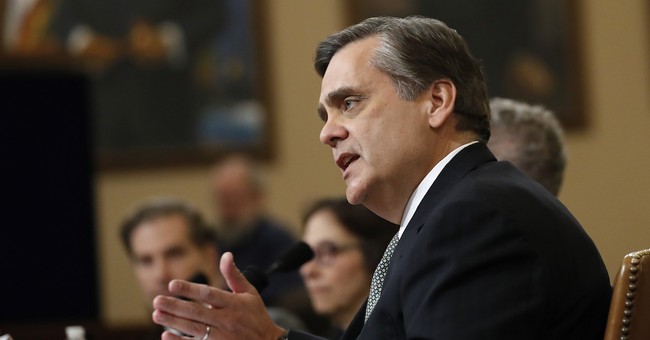 Democrats know that they’re about to get wiped big time come the midterms, and they’re desperately searching for something that will turn the tide, whether it’s maximizing the leftist reaction to the leak from SCOTUS about the abortion case or trying to demonize Republicans over gun control. But none of that has changed the basic trend toward Republicans sweeping the field in November.

The only thing they have left is the thing they’ve been planning for a while: using the Jan. 6 Committee hearings to smear the Republicans. The committee has no Republican appointees on it, so it’s already compromised. But they have been trying to go scorched earth, demanding people testify and give up their private communications in the hopes they will find something in their desperate fishing expedition.

They’ve subpoenaed people, including their former colleague Mark Meadows, and even held people in contempt and pursued an indictment against people when they refused to go along with the political farce, like Peter Navarro. Instead of having Peter Navarro, a Trump adviser, simply arrange to surrender, as one might do for something like a contempt charge, they had him arrested and cuffed at an airport — for maximum embarrassment and Democratic PR. That’s how law enforcement is now being used — to hurt the Democrats’ political opponents.

Between this and the failure to hold the Democrats themselves accountable for all their bad acts, that’s leading the country to a very bad place. They’re doing this, despite the evidence that Americans have moved on from the three-hour riot, that they are much more concerned about how Joe Biden and the Democrats are hurting their wallets with their bad policies. But the Democrats are still hoping that they can spin new disclosures that will help their cause.

This has not been the way the DOJ has handled such things in the past, and that’s a problem. George Washington University law professor Jonathan Turley points out in a new op-ed how, normally, contempt charges like this are not pursued by the DOJ-even when you had flagrant contempt from Eric Holder. But he was a Democrat, so he wasn’t pursued. Navarro, on the other hand, was just charged with contempt in April, and they are going after him with speed; although, even though they’re trying to pistol-whip it through, they may not have a prosecution before November.

“If it is a Bush DOJ, you want them to be acting the same way as a Biden DOJ would act so the principles of law are consistently applied,” he said. “You want consistency. The law exists to protect people. Policies and procedures have to be followed for people to be treated fairly. When these policies and procedures are not followed you come into a situation where the rights of individuals may be attacked.”

Juscelino Colares, a law and political science professor at Case Western Reserve University, said it “definitely seems like we have come to a point where we have a two-tier justice system” of “selected enforcement” where the FBI acts on indictments against Republicans when the Democrats are in control of the House but not at all when Republicans are in control of the House.

“We can’t be a nation of laws and at the same time a nation where the laws are only enforced against one group of people,” he said. “That’s not conducive to building the public trust in our institutions.”

But Turley notes that Democrats’ actions could ensure their destruction in the process.

The committee has taken the rare step of subpoenaing GOP colleagues, including House Minority Leader Kevin McCarthy, and threatening to hold them in contempt like Navarro and other former Trump officials.

Despite years of bitter political divisions, the two parties have long avoided using subpoenas against each other. It was viewed as a step toward mutually assured destruction if House members unleashed inherent investigatory powers on each other. House Democratic leaders, however, shattered that long tradition of restraint despite the fact that they may gain little from the effort. What they will lose is a long-standing detente on the use of subpoenas against colleagues — and they are creating a new precedent for such internal subpoenas just months before they could find themselves in the minority. Today’s hunters then could become the hunted, if Republicans claim the same license after November’s elections.

The House already is a dysfunctional body that allows for little compromise or dialogue between parties. The targeting of fellow members now will remove one of the few remaining restraints on unbridled partisan rage.

Republicans need to pull out all the stops to win, clean house, and hold the Democrats accountable after November, if we are to put the country back on its feet, given how much Democrats have grievously harmed it.