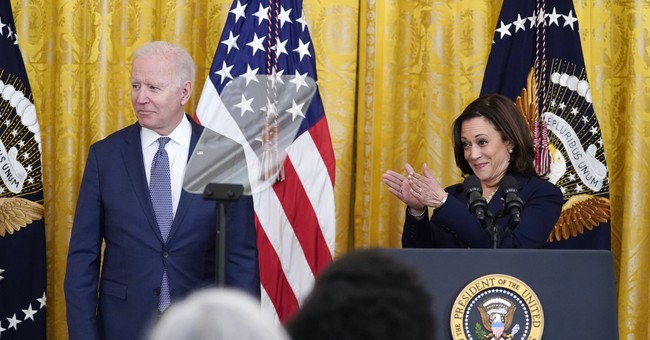 No matter how much they try to spin it, the Biden-Harris White House is in a state of utter turmoil with just a few months to go until the midterm elections, which are expected to be disastrous for House and Senate Democrats as President Joe Biden’s failures keep piling up and the American people take notice.

As we previously reported, tensions are at a fever pitch on Pennsylvania Avenue as the finger-pointing and backstabbing in advance of the predicted Congressional drubbing commences apace in the quest to falsely portray Biden – who is said to be furious that his poll numbers are now lower than former President Trump’s – as an innocent victim of bad administrative staffing choices.

And now, as the Pass the Buck University (PTBU) graduates in the Biden administration continue to play blame games, more White House comms staffers are abandoning ship and shuffling to jobs in other departments as the heat in the kitchen gets hotter:

The beleaguered White House press office suffered another blow this week with the departure of three key staffers for other positions in the executive branch — as a series of reports depict the West Wing in a constant state of chaos.

Mike Gwin, who has been the White House rapid response director since President Biden took office, will move to the Treasury Department and become deputy assistant secretary for public affairs.

As the New York Post also correctly pointed out, this news is hot on the heels of the “Blaxit” of black staffers that is reportedly taking place as well as the near-constant stories of Vice President Harris losing senior comms staffers to other jobs and repeatedly “reorganizing her office” throughout her first year and well into her second year in office.

It goes without saying that none of this is good look for a party whose leaders are desperately trying to put on a flimsy display of unity in a year where the chasm between the wokesters on the left like “The Squad” and the establishment types like Schumer and Pelosi becomes more obvious with each passing day.

In essence, this year in some ways is shaping up like 2020 did for House Democrats, except this time there’s around no Donald Trump to use as a whipping boy, and by November voters will have had nearly two crushing years on which to judge Joe Biden and his administration since – unlike in 2020 – he has had no basement to hide in, try as his handlers might to shield him from the glaring spotlight, and no one to blame for his glaring and numerous political woes but himself and the skewed priorities of his Congressional “leaders.”