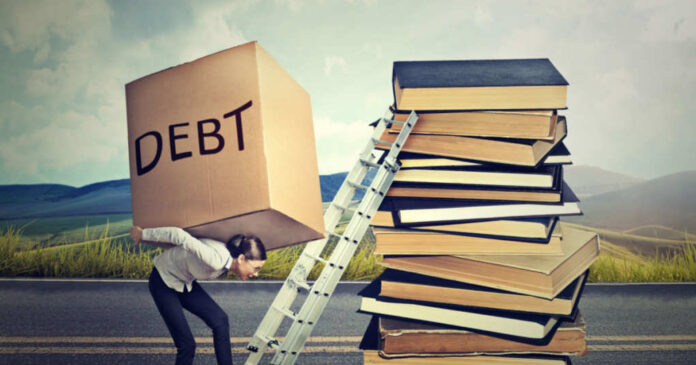 With little exception, job applicants with college degrees are more likely to be hired than those without. The field of study is often less relevant than the discipline and fortitude it required of the applicant to attain their educational goals. A degree in tiddly-winks is better than no degree at all.

But this also means that the college-degreed applicant probably needs the job more to help pay off the student debt they’re up to their eyeballs in. A college degree doesn’t necessarily assure a higher-paying job, it merely increases the chances of finding one.

Old man Joe thinks he has a way to help out debt-ridden former students who can’t make enough money in one lifetime to pay off their loans that keep collecting interest charges. But to do this requires a sense of fair play so he can’t slight the bigger majority of degree holders who don’t need the money. It’s quite a conundrum that Biden maybe should have left well off alone.

The proposed $10,000 or more per student would certainly bring a sigh of relief to those who need it, but wait there’s more… The bulk of the money would end up in the hands of executives and professionals who would likely use the windfall to fund their next vacation. What the heck? Free money.

Let’s walk through Biden’s plan. Oddly, lower-income degreed workers tend to have less student debt than those who took over their daddy’s Ford dealership. They’ve used their well-founded ethics to sacrifice each and every monthly payment.

Stay with me. Because the remaining debt is higher for upper-income graduates who could pay it off but won’t, their higher unpaid balances will get them a bigger check. This means that three-quarters of the designated money, your tax money, would flow straight into the hands of above-median income earners who don’t need it, but as always, will take home the prize.

Those in the highest 10% income bracket will benefit the most from not paying their bills. When Biden’s handlers warned him of how his cockamamy student loan forgiveness plan could come back to fart in his face, he turned his hair-brained scheme up a notch by proposing an income cap.

Because Biden’s and the typical American’s world have yet to merge as one, he figured anyone earning $150,000 or more annually didn’t need the money. Disqualifying them from the benefit would make sure the money got to where it was needed the most. The average U.S. income is $67,521, college grad, or not. Good call, Joe.

Fair isn’t always fair. Biden’s throwing a sucker punch at the single mom who worked her butt off to get through school and come out of it debt-free while feeding her kids and paying the rent. She’ll get nothing.

He’s forgetting about the veterans who donated four years of their lives to be awarded the infamous G.I. Bill. They paid a high price for their education. They get nothing.

Or the mom and dad who scraped and saved so their kid(s) could have a better life than them through education. Nope. Nothing. What about the student who had to opt for a small unknown community college over a major university? They were smart enough to get into one, they just didn’t want to start their adult life deep in debt. Once again…

A big part of gaining further education is in learning the valuable life lessons that come with the package. They’re equally as important as academia. Struggling a bit to achieve that final piece of paper builds character and a better understanding of the world a graduating student is about to come into real-life contact with.

It might be in Biden’s better interest to scrap his foolish idea and better direct his attention to the over-abundance of more pertinent issues. Some things are better off left alone, others things are not, i.e., the economy, the border, healthcare, etc., etc., etc.