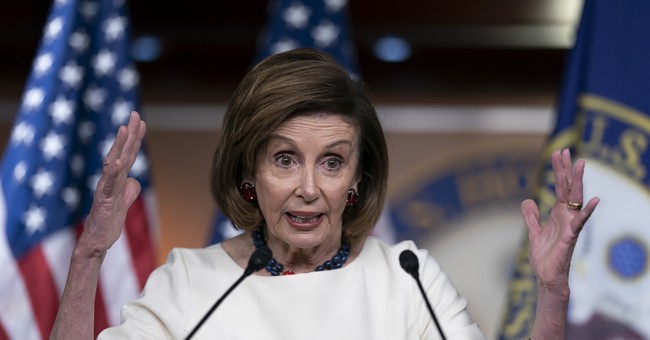 As we’ve already reported, Pelosi, 82, the husband of House Speaker Nancy Pelosi (D-CA), was arrested on Saturday night shortly before midnight, at 11:44 PM, when he had an accident with another car. Fortunately, there were no injuries, but Pelosi was then charged with two misdemeanors: driving under the influence and driving with a blood-alcohol level at or above 0.08.

For some reason that hasn’t been fully explained yet, it took law enforcement officers more than four hours to book him after he was arrested. He wasn’t booked until 4:13 a.m. Was he resisting a breathalyzer? Causing a problem? Were they debating whether or not to charge him? It’s not clear. And if he was still blowing more than 0.08 after that time, what was he like at the time of the crash? He was released about three hours after he was booked on $5000 bail.

But now there’s more information on the accident. Pelosi was allegedly driving drunk when he piloted a 2021 Porsche through a stop sign while crossing State Route 29 and drove right into the path of an oncoming car driven by Jesus Lopez, 48, at about 10:26 p.m. So based on the report, Pelosi allegedly caused the crash. Notice he wasn’t driving an electric vehicle, but a nice gas-guzzling new Porsche.

This happened about five miles south of the Pelosi vineyard in St. Helena. This is just one of their many estates. Nancy Pelosi claimed she wasn’t with her husband but was in Rhode Island because she was going to be delivering a commencement address at Brown University.

A representative for Pelosi told CBS News that he had been at a dinner party in Oakville until about 10:15 p.m., and drove the “short distance” home by himself. They added he was “fully cooperative” with authorities and that processing took until 7:30 a.m. on Sunday.

“Fully cooperative?” I’d like to hear the police say that and explain the four hours between the arrest and booking.

One of the neighbors described the Pelosis in a way that seems right on target and screams “elitism.”

One vineyard owner who lives nearby told DailyMail.com the couple often block the road with their convoy of blacked-out SUVs when they come to town, but that they didn’t seen anything this weekend.

Some suggested that Paul might have been attending the Bottle Rocks festival which Snoop Dogg was playing at this weekend.

‘It probably tracks more with the younger Paul,’ the neighbor said, referring to the couple’s 53-year-old son, Paul Pelosi Jr.

‘I wouldn’t be going to the kinds of fundraisers and parties they go to.

‘I don’t like them very much or find them very interesting,’ the vineyard owner said.

According to the neighbors, the Pelosis also throw lavish parties for Silicon Valley executives. I’m sure there are no conflicts at all there.

Nancy Pelosi isn’t talking about her husband’s arrest. She has no problem going after anyone and everyone else, but his arrest, she’s calling a “private matter.”