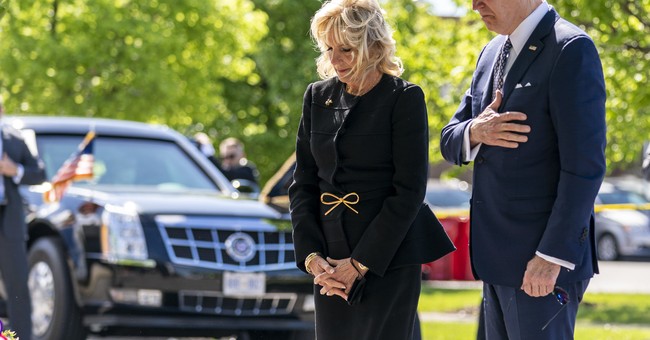 Joe Biden and his wife were in Uvalde, Texas, on Sunday to meet with the families of the victims of the mass shooting, attend a service for them, and visit the makeshift memorial at the school that has formed there to honor their memory.

While some appeared to welcome that Biden was there, others thought that he shouldn’t have come at this time — that the focus should be on the families, not on Biden, as reporter Stella Chavez told CNN’s Brian Stelter.

“I think it depends on who you ask,” Chavez said during an appearance on Reliable Sources. “I think, for the most part, the families who were affected want to focus on their loved ones who were killed. And I think having the leader of our country come here and express, you know, his condolences is important to them. But I also know, I’ve heard people say, you know, now is not the time for him to come here.”

Asked why that is, Chavez said, “I think some people are concerned about politicizing this event. And I’ve heard a lot of outrage from people. But I’ve also heard from folks who say, ‘I don’t want to focus on that, on what could have happened, what should’ve happened, I just want to focus on the kids.’ So I would just say it depends on who you ask. But I do think it’s significant that he’s coming here and especially so soon after another similar trip to Buffalo where a horrible mass shooting also happened.”

This looks like some of the politicization that people are concerned about, as you see people trying to mourn outside the Sacred Heart Catholic Church, while others were shouting at Biden to “Do something!”

And he replied to the crowd, “We will.”

About 600 people attended the church service featuring Archbishop Gustavo Garcia-Siller, who said, “Our hearts are broken.”

After the mass, the Bidens then met with families, and those who were wounded during the mass shooting. He’s then scheduled to meet with first responders later in the afternoon, and then he’s flying out. Let’s hope that the focus is on comforting the families of the victims at this time, not on politics. We’ll keep you updated if he makes any formal remarks.