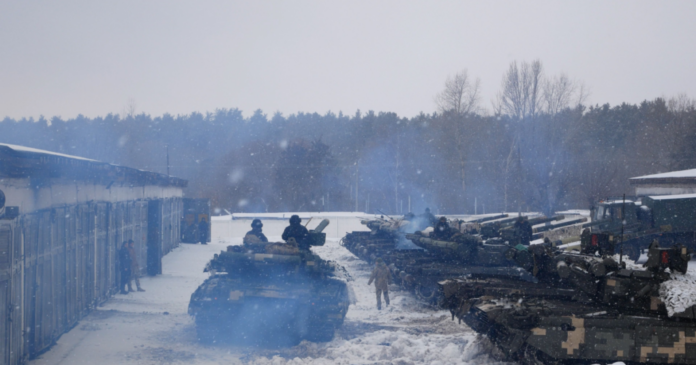 Since Russia started invading Ukraine in late February 2022, there have been mixed feelings about the invasion from Russians. Some are all for it and want to see the Soviet Union together once again. Others are disgusted with President Putin, the Kremlin, and their military for undertaking such an operation. Being beaten back by groups of farmers who were just issued weapons is a bit of a kick in the teeth too.

For Russian Diplomat Boris Bondarev, the initial invasion on February 24th was more than enough for him to stomach. In response, he has turned in his resignation from the UN office in Geneva and sent out a furious letter to his fellow foreign colleagues. In this letter, he proceeded to rip into them for not doing more to help the Ukrainians.

“For twenty years of my diplomatic career I have seen different turns of our foreign policy, but never have I been so ashamed of my country as on Feb. 24 of this year.” Bondarev also feels that this is “not only a crime against the Ukrainian people but also, perhaps, the most serious crime against the people of Russia … crossing out all hopes and prospects for a prosperous free society in our country.”

This is nearly unprecedented for Russia. For someone to speak out about what Putin is doing as being wrong, or to go against the Kremlin publicly is nearly unheard of. Much like in the former Soviet Union, life is still cheap in Russia. Sure, if you’re an oligarch, you can be protected by your money and well-known name. Yet that only gets you out of the country, it doesn’t guarantee your safety or the safety of your loved ones back in Russia.

Given the reputation Putin and Russia have for people disappearing, Bondarev might be the only diplomat with enough spine to speak out against their actions. Then again, he is prepared for a fight should Putin want to bring one his way.

Speaking with the AP, Bondarev claims “It is intolerable what my government is doing now. As a civil servant, I have to carry a share of responsibility for that, and I don’t want to do that…Am I concerned about the possible reaction from Moscow? I have to be concerned about it… Not all Russian diplomats are warmongering. They are reasonable, but they have to keep their mouths shut. If my case is prosecuted, then if other people want to follow, they would not.”

He fully believes in what he is doing and is completely against the war. To the point where it almost seems like he feels as if it’s a higher calling for him to speak out to end the war. He wants to see peace in the world instead. Not peace under Russian rule mind you, but true peace across the globe. This is a noble thought.

Noble, but short-sighted. The Russian government has no desire to see the world at peace. Their idea of peace is something intolerable to Americans and the people of many other nations across the globe. In response, Putin, the Kremlin, and many others will do what is necessary to keep the rest of the globe as miserable as they are.

Bondarev is keeping his spirits up for now. As he can remain in Geneva, for now, he has posted his statement on LinkedIn and is hunting for employment currently. Some people like Hiller Neuer believe that this should be giving him status as a hero, and he and other Russian diplomats who become defectors should receive protection, financial security, and resettlement. Unfortunately, just because he’s a hero doesn’t mean we need to give him everything.