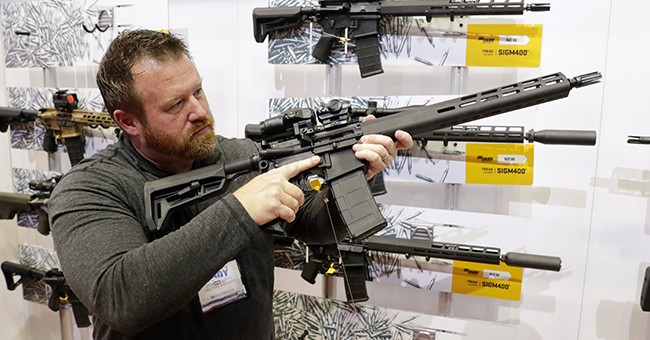 For political hacks and their lapdog media, a tragedy is a tool for motivating action and reaction. Rahm Emanuel articulated that point when he said: “Never let a serious crisis go to waste.” What he meant by that is simple. In the wake of sadness, grief, and anger politicians and media can push an agenda and capitalize on a tragedy.

Nazi propagandists were masters at inflaming the masses in the face of crisis and tragedy. Kristallnacht resulted after a Polish Jew murdered a minor German diplomat named Ernst vom Rath. Germans declared that Jews “fired the first shot.” Germany generally and Nazis, in particular, were inflamed by propaganda after a tragedy. Vom Rath’s murder was a tragedy that couldn’t go to waste.

Uvalde is an undeniable tragedy. For modern propagandists at The Washington Post, it’s a tragedy that can’t be wasted. It needs to be exploited to make a point-even if those points are falsehoods.

Four years ago, after the Stoneman Douglas High School massacre, the Washington Post published a story written by senior editor Mark Fisher, in which Mr. Fisher claimed the popular AR-15 rife was the stepchild of a Nazi machine gun that enjoyed use by German troops, principally on the Eastern front.

Mr. Fisher needed to strike while the iron was hot, so he tweeted out a link to his four-year-old column.

In his piece, he offered the usual tropes. ARs are “assault rifles.” They have no other purpose than killing people. He quoted politicians lamenting that ARs are useless for hunting, ignoring that the Second Amendment wasn’t written about, or for, hunting. Mr. Fisher offers only binary choices.

Mr. Fisher drew a direct line from a Nazi machine gun to Gene Stoner’s invention, when in fact there is zero evidence that Stoner was directly influenced by the Sturmgewehr 44. There is no doubt that the AK47 was developed from Stg44 design because that was standard practice for the Soviet Union. It was far easier to steal than invent.

The purpose for drawing a direct line from a Nazi tool of war to the AR is transparent. It’s another way to demonize ARs. If calling them “assault rifles” isn’t enough, then why not relate its invention to Nazis-and who wants to be associated with Nazis?

When Stoner was working for Armalite, he no doubt knew of German machine guns and equally, he was aware of past inventions like the Browning BAR and Thompson submachine gun. By 1957, automatic and semi-automatic rifles had existed for almost a half century.

Also, Fisher conveniently left out facts about AR use in crime. Although there are about 20 million ARs or variants in America, their use in murder is so low that you are more likely to die from being hit with a fist or kicked with a foot than die from ARs. And Fisher leaves on the cutting room floor that handguns account for the vast majority of gun crimes.

Also Fisher recounted that in “2005, Bush signed into law a measure protecting arms makers and dealers from liability for crimes committed with their products. The NRA called it ‘the most significant piece of pro-gun legislation in twenty years.'”

Joe Biden recently lied about the 2005 legislation, stating that gun manufactures are the only industry that “cannot be sued.” Even CNN acknowledged the Biden claim was false.

Pulling up a 4-year-old article to falsely link ARs and the Uvalde massacre to Nazi Germany is not a surprise.