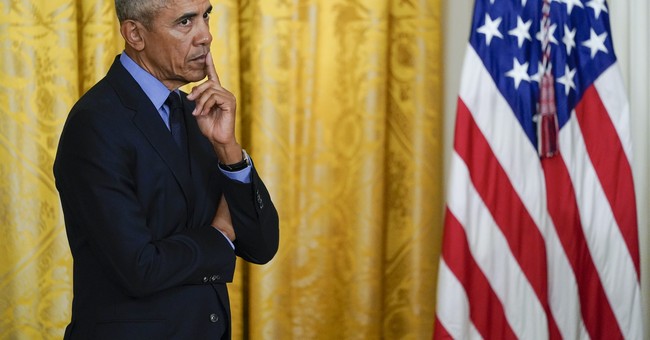 Barack Obama decided that the best way to mourn 10-year-old children, murdered in a school by an inarguably crazy person, was to remind America that George Floyd died in police custody two years ago.

I frankly don’t know where to go with this – it’s such an awful take. I don’t know if former President Obama was drinking or if his account was hacked but this might top Twitter for the worst take on yesterday’s massacre ever — and that includes Beto O’Rourke invading a news conference to push a political point.

Regardless of how you feel about the death of George Floyd, George Floyd was a far cry from an innocent 10-year-old sitting at a school desk, two days from summer break. Floyd was a career criminal. He was, at the time of arrest, high on multiple drugs and had just passed a counterfeit $20 bill. He previously held up a pregnant woman in her own home. He was nothing like or akin to the 19 innocent students who were gunned down before they could even drive or defend themselves.

I was never a fan of Barack Obama. I was admittedly hopeful he would bring a healing hand to the presidency, and that he would be a uniter, not a divider. He did/was none of those things.

Now in retirement, and with his inept VP at the helm of the “Free World” he’s decided that it’s best to compare a career criminal to murdered innocent children.