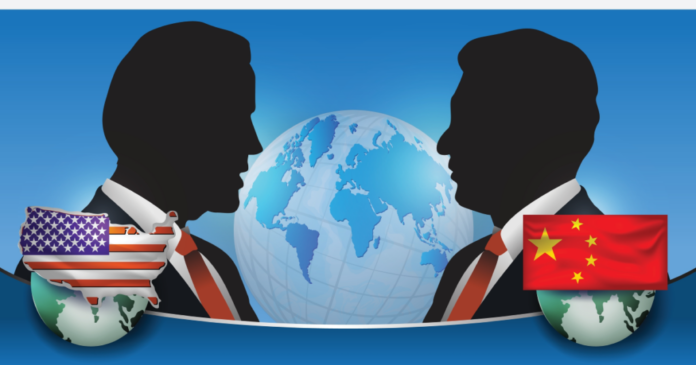 Joe Biden swore that he was going to deal with China throughout his career. While he was still a senator, he talked about how the country could be transformed with trade agreements. As a presidential candidate, he denounced it as a dictatorship.

Now, Biden has a chance to finally work on U.S. relations with China. He’s traveling to Asia, finally, to talk with South Korea, Japan, and more. He’ll be able to see where the American allies are with their relations and go from there.

Biden has proven time and again that foreign relations are not his strong suit. It’s why Kamala Harris has done most of the traveling and held most of the meetings.

That’s not stopping him this time. We just have to hope that he doesn’t botch things up.

There’s a war happening between Ukraine and Russia. One would think that the president should be taking one world crisis at a time. Ahh, but we’re dealing with a very special president. So, he’ll focus on China, which is one of the most complex relationships that are out there.

The leaders of both South Korea and Japan have been asking for the U.S. to be more involved in Asia, particularly as a way to reduce the possibility of Chinese aggression. Biden’s giving them what they are asking for, complete with a visit that will last for at least several days.

Biden’s visit just happens to be at a time when North Korea has been doing a lot of weapons testing. Kim Jong Un may even see the president’s visit as a prime time to fire more missiles or even test a nuclear bomb. There’s n way to know how the North Korean leader will throw a temper tantrum to get more attention.

There are a lot of fears in Asia that believe with Russia invading Ukraine, this could be the prime time for Beijing to finally seize Taiwan.

The White House, as reported by Politico, is hopeful that “Biden’s mere presence will reassure Tokyo and Seoul and their recently elected leaders.”

Wow. That’s hoping for a lot from a man who can’t even remember how to get off of a stage without help – and that’s on a good day.

Jake Sullivan, Biden’s national security advisor, is feeling optimistic. “The message we’re trying to send on this trip is what the world can look like if the democracies and open societies of the world can stand together to shape the rules of the road. It will send a powerful message, and we think that message will be heard everywhere. We think it will be heard in Beijing.”

This is definitely going to be one of the most difficult trips for Biden to make. And, realistically, he hasn’t done well with diplomatic issues in the past. It’s why Iran is posing to be problematic, why the Taliban is now running Afghanistan, and even why Putin thought that he could invade Ukraine without anyone stopping him.

If Biden makes one wrong move, there’s no telling how Beijing or even North Korea will respond.

Biden and his administration will commonly say one thing and do another. They do a great job of lip service to say that they want to take a tougher stance on trade and security, but the sanctions and tariffs paint a very different picture.

There’s only one way to find out what’s going to happen – wait. We do know that Biden will be meeting with the new president of South Korea, Yoon Suk Yeol, who has identified that he wants a close relationship with the U.S.

There’s hope that Biden can improve things. Let’s just hope he takes his meds and enjoys a nice long nap on Air Force One on his way to Asia.