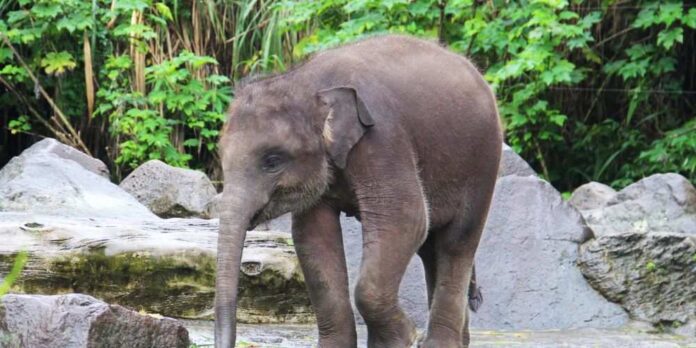 The liberals never know when to stop. First, they insisted that people could be any gender they want to be. And now, they’re demanding that an elephant at the Bronx Zoo in New York be recognized as a “person.”

Has it gone too far? Oh, you betcha. But it’s worth looking at this case if nothing more than for comedic value.

So, there’s a 51-year-old elephant by the name of “Happy” who lives at the Bronx Zoo. He’s been there since 1977 – but now, an animal rights group is campaigning for the animal’s release, declaring that Happy is eligible due to the rights of a “person” under state law in New York.

Nonhuman Rights Project (NRP) explained that “Held in isolation elephants become bored, depressed, aggressive, catatonic, and fail to thrive.” They go on to say that free-living elephants are happier because human caregivers are insufficient when compared to being surrounded by other elephants.

The lower courts of New York have pointed out one obvious fact repeatedly – Happy is not a person.

Well, now they’re going all the way to the top court in the state.

Nonhuman Rights Project has been fighting this battle for four years, with a petition that demands that Happy be recognized as a legal person, complete with the rights that would be associated with such status.

According to some of the protesters, Happy doesn’t have a desirable level of social health. NRP says that the Bronx Zoo is the fifth-worst zoo in the country for elephants. The New York Times has even called Happy the “loneliest” elephant, and that’s because the two companions have since passed on – one from injuries caused by other elephants.

NRP has faced a number of foes – and various animal sanctuaries and nonprofit organizations have actually spoken out against them. The Elephant Sanctuary has actually said that the zoo in the Bronx is “well-respected” and points out that they are a fellow-accredited member of AZA (Association of Zoos and Aquariums).

Basically, Happy is doing fine and the Bronx Zoo is doing all that they can for the elephants and other animals in their care.

The Elephant Sanctuary has also made sure to distance itself from the Nonhuman Rights Project and requested that they be kept out of the ongoing campaign to “Free Happy.”

The zoo itself has issued a statement that focuses on the health and welfare of all animals, including Happy. “At this time, the veterinarians, keepers, and curators at the Bronx Zoo believe it is best for Happy to remain in familiar surroundings with the people she knows, relies on and trusts. We continually assess Happy’s situation and will make decisions based on what is best for her as an individual.”

The reality is that Happy is an elephant. It can’t be a person. It can’t survive as a person. And since we cannot even have a full, comprehensive conversation with Happy, we don’t even know if the elephant identifies as a person.

The fact that this case has even made it to the high court of New York is ludicrous. We’d love to say that the case will be dismissed so that Happy can continue to enjoy her life at the zoo. But – this is New York. You just never know.