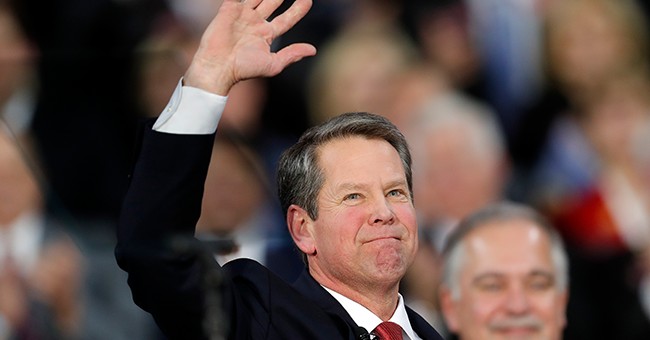 There’s been very little drama so far in Georgia on Tuesday night, as the votes roll in for the state’s primary election. Unlike in Pennsylvania, where we still don’t know the winner in the GOP Senate race (Oz is almost certain to win at this point), we’ve already got the big races called in the Peach State.

As expected, Trump-endorsed Herschel Walker will be running against Democrat incumbent Senator Raphael Warnock. Meanwhile, Trump-endorsed David Perdue got absolutely waxed by Brian Kemp, who looks as if he’s going to outperform the polls by 10 points or so.

The sheer size of Kemp’s victory is too much to brush aside as non-consequential. Clearly, most Republicans in Georgia did not buy the idea that Kemp “betrayed” Trump by not somehow overturning the 2020 election. It’s also likely that many voters just wanted to move forward and win in November, no matter what they thought of the issue, not being as concerned with continuing to relitigate the past for no gain. Some will disagree with that position, but the overall numbers don’t lie.

In the end, Kemp is the stronger candidate against Stacey Abrams, and the Democrat gubernatorial nominee is probably angrier that Kemp won than Perdue is, with the latter quickly conceding and endorsing the current governor. Abrams knows she’s already at a disadvantage, and now she’s lost the one talking point she likely hoped to press. Namely, bringing up Trump over and over. That attack just won’t work on Kemp for obvious reasons.

As to what Perdue crashing and burning indicates about Trump’s endorsement power in major races, I think some are reading too much into it. The former president still has a lot of sway with GOP voters, and that’s been shown in other races. Georgia was unique in that Kemp has always been popular, and I think Perdue came across as a lackey instead of a man standing on his own two feet.

Regardless, now is the time to unite and deny the Democrats any big wins in Georgia. Whether Trump or someone else, any Republican presidential nominee who wants to win Georgia in 2024 will have a far better shot with Abrams not in the governor’s mansion.