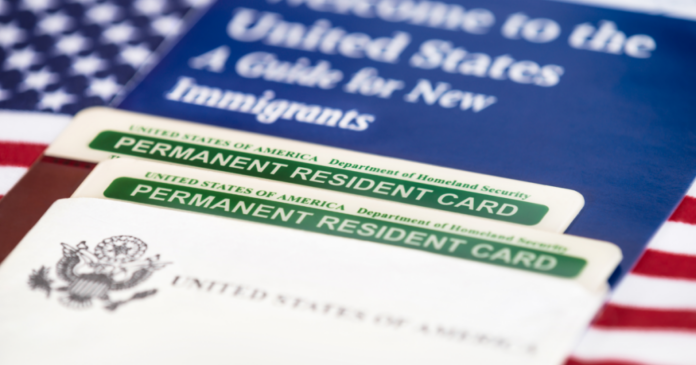 The matter of immigration is a hot topic now that Joe Biden has opened the southern border to invasion. The entire immigration system is set up to legally help migrants join the American population. But there is a bunch of paperwork that must be filled out correctly for the person to be able to stay. The government also provides massive amounts of help to people so there are no misunderstandings.

The process is intended to weed out those lying on their applications and abuse the system to gain legal status to remain in the country. Those who fill out the paperwork must fill it out correctly or risk being sent back to their country of origin.

The Supreme Court had to get involved because some claim that the federal courts should have the right to review such issues and overturn a decision to deport.

Justice Amy Coney Barrett had written that federal courts could not review such cases. But along comes Justice Neil Gorsuch, and he votes with the liberals. He stated that “It is no secret that the government sometimes makes mistakes when processing applications, licenses, and permits. Often, they are small ones—a misspelled name, a misplaced application. But sometimes a bureaucratic mistake can have life-changing consequences. Our case is such a case.”

The case in question is the Patel v. Garland case. The man in question supposedly checked the wrong box when applying for a driver’s license in Georgia. That error led to him being charged with presenting false information on an application.

The state of Georgia does issue driver’s licenses for green card holders. But the man seemingly tried to lie about his country of origin since his green card was not approved. Ultimately, his green card application would be denied by the Department of Homeland Security because he falsely tried to claim to be a legal citizen.

Patel tried to apply again but was rejected because he had lied on his driver’s license application. The immigration judge did not believe the man and ruled against him.

The matter before the Supreme Court deals with the ability of the federal court to overrule an immigration court. Gorsuch wrote that “None of this moved the immigration judge. He said he did not believe Mr. Patel’s testimony that he checked the wrong box mistakenly. Instead, the immigration judge found, Mr. Patel intentionally represented himself falsely to obtain a benefit under state law. According to the immigration judge, Mr. Patel had a strong incentive to deceive state officials because he could not have obtained a Georgia driver’s license if he had disclosed he was ‘neither a citizen [n]or a lawful permanent resident.’”

The liberals want the federal courts to be able to overrule immigration judges because their liberal judges would let the illegals stay in the country.

Patel had his time in court and even before an appeals board. Each agency found that he tried to deceive to gain a driver’s license. He even went to the 11th Circuit Court of Appeals, which declined to review his case because of other cases that found the federal courts could not rule on matters of immigration.

Gorsuch hated the ruling of the Supreme Court that ended up siding with the federal findings. He believes that the federal courts should be able to get involved in such matters. But the problem develops when a federal court nullifies the ruling of an immigration court. The liberals know they must control the courts to keep their illegal base growing.

Joe Biden has already flirted with packing the Supreme Court with a ton of liberal Justices. It would provide the liberals with the control of the courts they need to destroy America as it exists today. They would be able to challenge every conservative ruling and shoot down every challenge to their attempts to socialize the country the way they would like to.