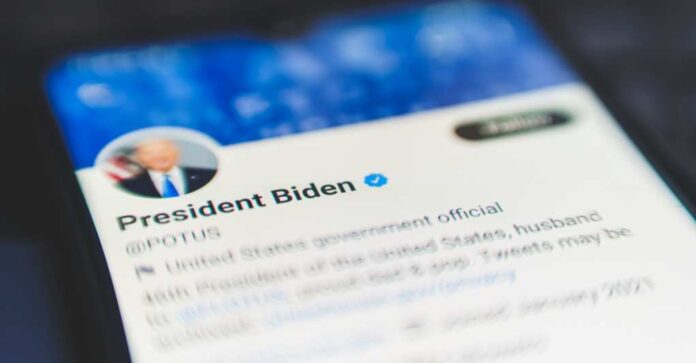 As the COVID pandemic continues to impact the lives of Americans through a second presidential term, we have been able to witness incredibly contrasting viewpoints on what to do, and what the American people should be trying out. When former President Trump left office, he left President Biden a rather simple, but effective, plan, and much like pulling out of Afghanistan, he botched it. Now, instead of carrying on the legacy of Truth Trump shared with Americans, Biden keeps pushing bad information.

It’s gotten so bad on Biden’s push about vaccines that even CNN has had issues pushing his latest agenda when it comes to vaccines. So, when the White House official account makes crackpot statements like this tweet on May 12th, you know things are getting worse. “When President Biden took office, millions were unemployed and there was no vaccine available. In the last 15 months, the economy has created 8.3M jobs and the unemployment rate stands at 3.6% — the fastest decline in unemployment to start a President’s term ever recorded.”

This kind of misinformation goes beyond just telling the American people the wrong thing and is something they do with such pride. Blatantly taking credit for doing things you didn’t do, or that didn’t happen on Biden’s watch is something his office is proving to be very creative about. A belief that they can make his legacy out of mud and trash is not something you want to see a sitting President or their staff believing. Yet here we are.

CNN Fact Checker Glenn Kessler issued a direct response. “‘There was no vaccine available’ is very clearly false. More than 3 million Americans were fully vaccinated and more than 18 million had at least one dose by Biden’s Inauguration Day. Biden himself was fully vaccinated. Obviously became more widely available with time, but no doubt, and they’re free to tweet ‘the vaccine wasn’t available to much of the public’ or whatever. ‘There was no vaccine available,’ the end, goes way too far given that there were nearly 19 million people with shots, wrongly suggesting the whole rollout began under Biden.”

While many other members of the media, various government outlets, and activists called his office out on this blatant lie, at the time of writing it is still out there. This isn’t the way a President or his team should be communicating with the American people. Especially as he is looking to destroy the first amendment with his Disinformation Governance Board. Somehow, still, nobody has been taken seriously enough for their requests to have this tweet fact-checked.

Then again, this is par for the course for the Biden administration. we are supposed to take everything they say at face value because they know all. Meanwhile, anything Trump or conservatives, in general, had to say needed three fact-checkers, two independent reviewers, and a full Yale analysis before they would accept it as fact. Even then, they would still be debating about what he said, and how it was offensive or misleading.

Double standards like this are just a small part of the way the left is trying to kill our country. It’s not even slow at this point, either. These blatant attacks aren’t what America is all about. Rather, this is the opposite of what America means to so many. People come here with hopes and the American dream, just to be sold a ton of lies to come here and that’s not how it used to be.

President Biden is the man killing the American dream. One tweet, speech, or staircase at a time.