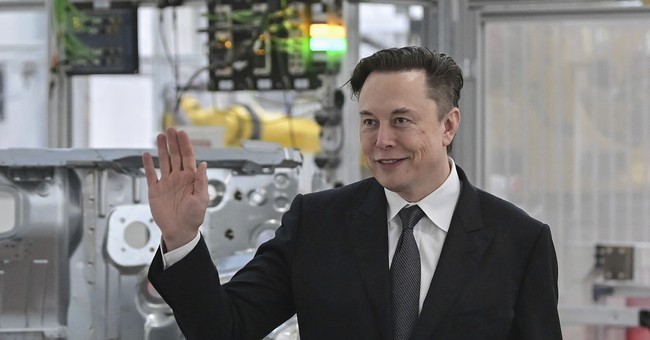 “Real Time” host Bill Maher has been a fan of Elon Musk taking over Twitter because he also is a proponent of free speech, and he sees preserving free speech on the platform as a good thing.

But although Maher has been calling out the Democrats for a lot of their craziness and he seems to have been red-pilled on a lot of topics, he isn’t ready yet to make the move that Musk has made to becoming a Republican.

Musk terms it “moderate,” but he’s also now made it apparent that he’s willing to call them out on their crazy and he’s willing to stand behind it. He also is predicting that others are going to be joining him on the Republican side in voting in November. He said he couldn’t vote with the Democrats because they have become the “party of division and hate.” Then he predicted, “Now watch their dirty tricks campaign against me unfold.”

The following day, Business Insider ran a story about an old sexual allegation against him, which Musk denied. The S&P 500 ESG Index also dropped Tesla from its list of woke companies. Musk is now stocking up on “hardcore” lawyers for Tesla to deal with anything that may be dropped on the company.

Maher said that he couldn’t vote for Republicans because the party “doesn’t believe in the emergency of climate change or democracy.” So, it still shows he has a way to go, although his classical liberalism — which is now much closer to conservatism — is helping him. He isn’t going as far as Elon. Yet. But what he said was essentially Elon’s switch is a big “red flag” for the Democrats.

“Elon Musk this week — I’m a big fan in many ways, but when he says, ‘Now I’m going to vote Republican,’ I’ve got to part company there. C’mon, Elon,” Maher exclaimed. “I can’t go there with him because of what I just said, because of where the big issues are, but it’s troubling to me that a guy like that who said, ‘I voted mostly Democrat for the longest time and now I’m switching.’ I mean, I’m not going to say is a stupid man… So the fact that he can be taken over by the Republicans, what does that tell you about the Democrats? What do they have to do to stop that from happening?”

It isn’t just the Twitter takeover that moved Musk to the right; before that, he moved Tesla to Texas because of Democratic regulations which aren’t friendly to business, as Adam Carolla pointed out to Maher. So, it’s all kinds of negative things that Americans from billionaires to folks who don’t have a lot of money are seeing about the Democrats, and they aren’t liking it.

Former Democratic National Committee chair Donna Brazile tried to suggest there wasn’t such a move of people fleeing from the Democrats. But, that’s part of the problem right there — if they don’t even understand the issues and deny that the movement is even happening, how can they begin to address it?

“Well, there may not be a movement because there is a bit of an exodus,” Maher pushed back. “I mean, people leave this state and move to Texas. That happens. Look at the polls for what’s gonna happen in November. People are voting more Republican in November. The Democrats are going to get their a— kicked.”

That’s the bottom line. Democrats still want to hide their heads in the sand about what’s coming. But, it is coming.