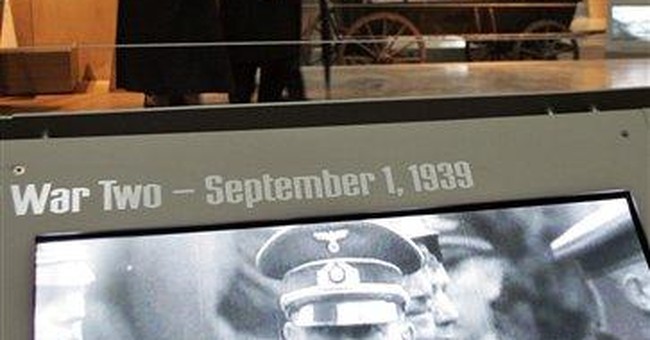 Late Sunday CNN issued a statement claiming to have terminated its relationship with contributor Adeel Raja – seven years after the freelance contributor working out of Pakistan tweeted, “Hail Hitler.”

The Washington Examiner reported that the tweet appeared at approximately 12:45 pm ET and that Raja appeared to have deleted the Tweet around 3:15 pm.

Late in the day on Sunday, Raja was terminated by CNN.

In a statement, CNN officials said Adeel Raja’s ‘reporting contributed to some newsgathering efforts from Islamabad. However, in light of these abhorrent statements, he will not be working with CNN again in any capacity.’

It must have caught CNN completely by surprise that one of its voices in the Muslim world would advocate for the return of Nazi genocide against the Jews.

If only CNN had had the opportunity at some point in the past to uncover his overt antisemitism.

CNN should still be pressed to explain how it is that Raja remained at the network as a freelancer — where he started in 2013 — especially given those Tweets dated July 12 and 13, 2014, regarding Germany and Hitler. On July 12, 2014, Raja said (as shown in the screenshots above):

“The only reason I am supporting Germany in the finals is – Hitler was a German and he did good with those jews!”

Germany played in the finals of the soccer World Cup in Brazil on July 13, 2014, prevailing over Argentina by a final score of 1-0.

Adeel Raja is a self-described “investigative journalist” working out of the Middle East, and in 2016 was named “Investigative Journalist of the Year” as part of the “Agahi Awards”.

The Agahi Awards are given by an organization in Pakistan, and much of Raja’s work found on the internet either involves Pakistan or is being reported by him from Pakistan.

On his Linkedin profile, Raja describes himself as a freelance contributor to CNN, and his most recent publication on CNN’s website is dated September 16, 2020.

Raja has been active on Twitter over the past several days with regard to the outbreak of violence between Israel and Hamas in Gaza.

Mike Brest of the Washington Examiner took some time to look through Raja’s Twitter timeline and found many additional references to Hitler in a variety of contexts.

Raja’s reporting on CNN had been largely confined to domestic issues in Pakistan, and there are few references among his headlines to matters touching on the United States.

A spokesman for CNN went to great lengths late in the day — after earlier claiming to not know who Raja was — to distance CNN from Raja by emphasizing his status as a freelance contributor, and that he had never been a CNN employee.

After originally saying he “never heard of” Raja, Matt Dornic, a spokesman for CNN, told the Washington Examiner that the journalist would no longer be allowed to work with CNN in the future.

“Adeel Raja has never been a CNN employee. As a freelancer, his reporting contributed to some newsgathering efforts from Islamabad,” he said in an email. “However, in light of these abhorrent statements, he will not be working with CNN again in any capacity.”

Maybe he can get a job with the AP?