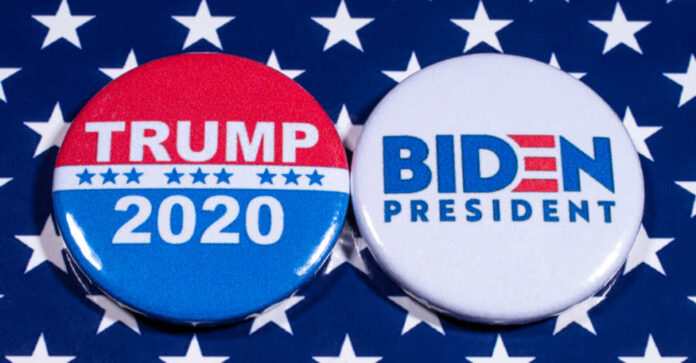 This news is not great for the team that surrounded former President Donald Trump after the 2020 election. John Eastman was Trump’s attorney following the election. It has been revealed that he suggested to Pennsylvania lawmakers that they should “simply” delete absentee ballots. It seems like Eastman was attempting to sow seeds of doubt into the results of the election, according to some unearthed emails that came from a public records request.

The Trump attorney communicated with PA state lawmakers with a number of ideas about ways to overturn the 2020 election. The email address was connected to the University of Colorado which is a public institution and therefore subject to public record laws.

Eastman was a conservative law professor and was the visiting law professor at the University of Colorado at the time following the 2020 election. The email records came from a request from the Colorado Ethics Institute. They were then submitted to The Denver Post and Politico.

There was one email that was sent by Eastman to Republican state Rep. Russ Diamond. He was focusing on unsubstantiated allegations of widespread impropriety in the Pennsylvania election. He submitted some of his own math and believed that his results could bring a Trump win in the state results.

The state lawmakers did hold hearings after there were allegations of fraud in the weeks following the election. They were not alone, other states were doing the same.

Eastman stated that he did not watch the hearings that were held in PA, but stated that he believed “they contained ample evidence of sufficient anomalies and illegal votes to have turned the election from Trump to Biden.” Eastman’s allegations included illegally-counted absentee ballots and the fact that poll watchers were denied access.

Eastman made the case that there were approximately 10,000 ballots that should have been discarded. He maintained, “you can take the absentee ballot ratio for each candidate in the counties were late-received ballots were illegally counted and deduct the pro-rated amount from each candidate’s total.”

His case hinged on some dubious math that he said proved that Trump had a lead and that the PA legislature should adopt a slate of Trump electors. Eastman pushed the idea that the state officials were well within their rights to make the proposed changes.

The legal battle in Pennsylvania started four weeks before the 2020 election. The Trump team engaged in a legal battle that they eventually lost to invalidate some of the state’s rules that had to do with signature matching and poll watchers. The Trump legal team, along with other litigants were not successful in proving that Biden’s win by more than 80,000 votes was due to fraud or irregularities.

The emails from Eastman mainly came close to two weeks after the Trump team lost two major legal defeats in PA courts in their attempt to overturn the election results.

The Pennsylvania Supreme Court ultimately rejected the Trump campaign’s attempts to disqualify mail-in ballots because they did not have either signatures, dates, or other information on the outer envelopes.

The final attempt from the Trump team was their attempt to block Pennsylvania from certifying their 18 presidential electors for Biden. A federal judge gave this ruling, “this Court has been presented with strained legal arguments without merit and speculative accusations, unpled in the operative complaint and unsupported by the evidence.”

Before these emails were made public, Eastman appeared before the House Select Committee and invoked his 5th amendment right against self-incrimination.

And in March, a federal judge ruled against Eastman’s attempt to block emails from being released to the committee and the judge ruled that Eastman likely conspired to commit felony obstruction of Congress.