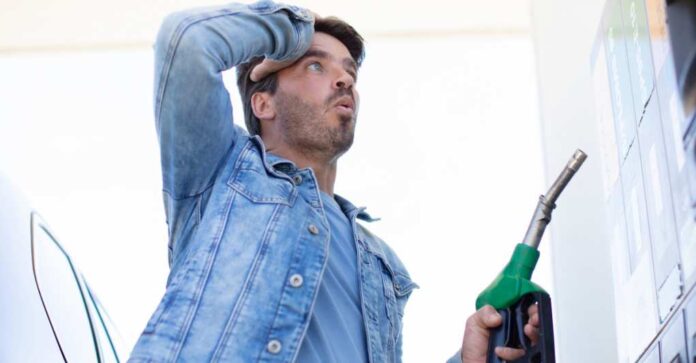 Joe Biden made a lot of promises to the American people. He made these promises before he got into office. Then, he followed it up by making even more promises as inflation started to get out of hand – particularly as it results in what everyone’s paying at the gas pumps.

Biden said that he was going to do everything he could to lower gas prices. Almost as soon as he said that, gas prices hit an all-time high.

It’s beginning to look like the Biden administration is clueless. Either they don’t know how to lower the cost of gas, or they actually WANT Americans to pay more.

The national average is on the rise yet again, this time hitting $4.483 this past Monday – roughly 15 cents more than it was last week.

The cost of gas is a concern for everyone. Not only does it mean more for the average American’s commute, but it also means more for truckers. At even a 15-cent increase, it can mean hundreds of dollars more per week – and that gets added to the cost of transportation of goods. Suddenly, more increases will occur in the grocery stores because it’s costing more to get everything on the shelves.

Meanwhile, Biden keeps pointing his bony finger at Russia as a reason for all of this.

As Tim Kaine, a senator from Virginia who is a part of Biden’s own party, has pointed out, it’s all ridiculous. Biden thinks it’s okay to ask other countries to produce more oil when we’re not willing to produce our own oil – and we’re one of the largest suppliers.

More states are seeing prices over $5 a gallon, too – California, Nevada, and Washington. And with the taxes that California imposes on gas, they are only cents away from paying $6 a gallon.

Biden has tried to make sense of it all. “Right now it’s confusing. There’s a war in Ukraine and they’re scratching their head.” He’s saying this about Americans. He says that most of us are “hoping that their government just takes care of their problem and they don’t have to think about it in detail at the kitchen table.”

So, basically, Biden is blaming Americans for being ignorant of how the problem started and what it’s going to take to fix everything.

What he doesn’t realize is that we understand more than he gives us credit for. We’re also perfectly capable of knowing that gas prices were on the rise even BEFORE Putin decided to invade Ukraine. Biden didn’t like the fact that Trump made us energy-independent. The poor policy changes made by Biden got us into this mess – and now, he’s refusing to get us out of it.

Biden promised to fix the gas price crisis. The problem is that we’ve reached all-time highs twice since he made that promise. He really shouldn’t do us any favors. Perhaps if he promised not to fix it, we could actually start to see some relief.

Since Biden and the rest of his administration won’t accept the blame, they get to pretend as though they can’t fix it. It’s Russia’s fault. The only one who can fix our high gas prices is Putin. This means we have to brace for an expensive summer, especially if we plan on going on any road trips.