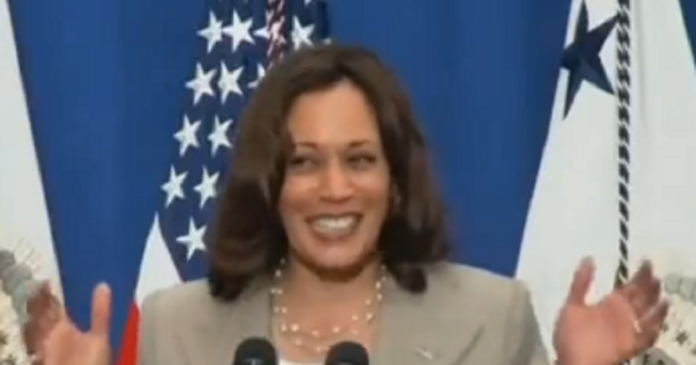 The Biden administration is really keeping its eye on the ball in this moment of economic downturn. While you watch your investments go up in flames as the stock market crashes, and inflation destroys your savings, Kamala Harris is out in the world, doing what’s important: Getting way too excited about electric buses.

The intrepid Vice President, who might as well be a character on “Veep,” gave us the low-down in a speech where she described how awesome it was to have buses with no exhaust. There’s a lot of competition this week, but I think we’ve found the most tone-deaf utterance by an administration official this week. There’s always Saturday, though.

Maybe it’s because I’m currently losing my shirt in the stock market (don’t worry, I’m not selling), but my patience for this kind of stuff has run out. Why is the administration, in the midst of the country entering a cycle of stagflation and recession (welcome back to the 1970s, folks), still out there acting as if anyone gives two shakes about electric school buses?

As I’ve shared before, I’m not against electric vehicles, but I do think the rush to make them preeminent is completely short-sighted. Until the United States can secure the raw materials necessary to produce the batteries needed ourselves, connecting the entire economy to a Chinese monopoly seems like a really bad national security decision. Besides, if these electric buses are so great, why do they require billions of dollars in excess federal funding? Shouldn’t they just be dominating the market, with local school districts rushing to purchase them with already existent funds?

That’s the thing with EVs. There will be a day when they are the most popular choice for vehicles, but that day isn’t today, mostly because the technology isn’t quite there. We shouldn’t be wasting taxpayer money to force it to happen, especially at the federal level. Why is the vice president doing infomercials for electric buses? It’s dumb and a misuse of time.

Regardless, I’m not really here to bag on EVs as much as I am to point out the fact that Harris is a cartoon character of a vice president whose inauthenticity and condescending speaking style have now reached legendary status. In the last month, the Dow Jones has lost nearly 5,000 points. Gas prices are hitting new highs every day. Rising violent crimes continues to be an issue…and she’s talking about freaking electric buses.

These people don’t care about you. They live in a bubble so thick a nuclear bomb couldn’t penetrate it. While you suffer, they thrive with your money and laugh in your face about it. The only solace I can take is that they are going to get absolutely wiped out in November. That won’t bring my (or anyone’s) investments back anytime soon, though.