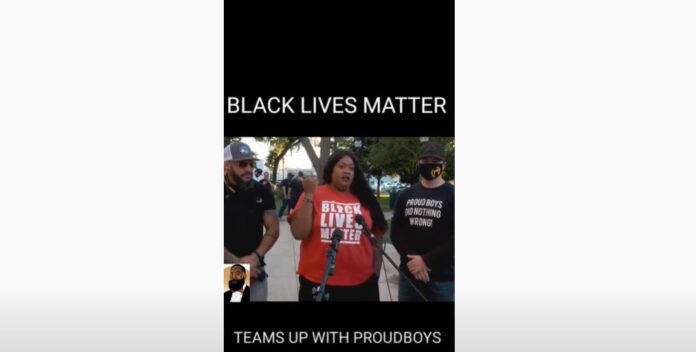 The year 2020 will undoubtedly go down in history as one of the most controversial in American history. Just one of the many things that made it so was the highly publicized case of the McCloskeys.

If you remember, this was the couple that brandished weapons on their front lawn while a crowd of rowdy Black Lives Matter protesters broke into their St. Louis gated community on their way to then-Mayor Lyda Krewson’s home.

Seeing how firearms are frowned upon by the political left, as is any opposition of their ruthless and racist mob (BLM), the couple was brought up on charges of unlawful use of a weapon and evidence tampering in July by St. Louis Circuit Attorney and loyal liberal Kim Gardner.

Gardner painted the couple to be radical right-wing fanatics, ready to use “assault weapons” to kill off “peaceful” protesters simply walking by their home.

Never mind the fact that these “protesters” had already broken the law by breaking into the gated community and were yelling out obscenities and threats at the McCloskeys as they walked by.

Patricia McCloskey recalled to Fox News that several protesters even said, “they were going to kill us.”

But Gardner thought it was wrong, even after discovering that neither weapon held by the couple was in actual working order. Instead, they were found to be props for a movie set, as the couple owned a production business.

In fact, Gardner got so personally involved in the case that she was taken off of it in December. According to the court’s reasoning, she used the case for political gain, as she had been known to comment on or reference the case in her re-election campaign.

And now, Gardner may have her entire license revoked as an investigation just found her “guilty of professional misconduct.”

As The Washington Examiner reported on Wednesday, the indictment case will now go before a disciplinary panel, where it may be determined that the liberal attorney will be disbarred.

Now, it’s important to note that the McCloskey case doesn’t really have all that much to do with the recent charges against her, although they certainly don’t give her any brownie points.

Instead, the case actually stems from a previous case of Gardner’s, one in which she viciously went after then-Missouri Governor Eric Greitens on invasion of privacy charges.

Greiten was accused of having an inappropriate sexual relationship with an anonymous person, who he supposedly took a semi-nude picture of and later posted. The then-governor resigned in May of 2018 due to this and another felony charge brought against him for tampering with a list of veterans’ charity donors.

While Gardner may have been right to go after the former governor, it is the how that has gotten her into trouble. According to the Examiner, “Authorities now say Gardner concealed investigation details from her team, failed to disclose facts to Greitens’s legal team, and misrepresented evidence to a court of law.”

Of course, she denies all such allegations.

As the outlet reports, her 41-page retort of the case claims that this is just “another attempt by Ms. Gardner’s political enemies – largely from outside of St. Louis – to remove Ms. Gardner and thwart the systemic reforms she champions.” She says she didn’t conceal information and was “not wrongfully motivated.”

However, this is now the second case, with both of them being high-profile and politically based, that she has seemed to end up on the wrong end of. Some would say that’s a pattern and not a good one for someone who proclaims to be a proponent of truth and justice.