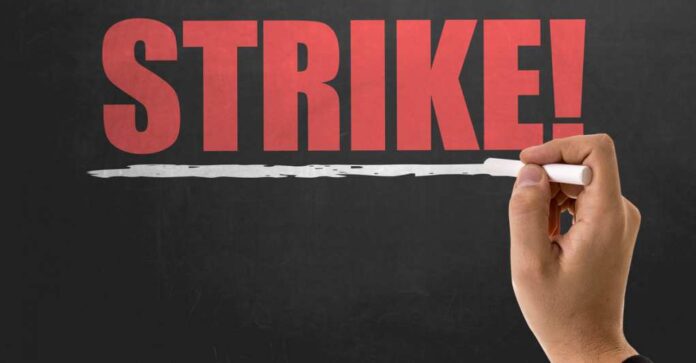 Teachers have never gone into teaching for their love of money. Instead, they do it because they are passionate about educating future generations. The national average for a public school teacher is $60,477 – and some teachers are being paid much less.

Here’s the thing, though. Teachers know what they’ll be paid before they ever accept a job. So, when they are suddenly paid less than what they want to make, they cannot get upset. They have signed contracts.

That doesn’t matter to the teachers of one school district in Massachusetts, though. These teachers are earning $100,000 or more already. They are greedy. They don’t care about educating today’s youth. Instead, it’s about just how much they can be paid.

Most teachers in the U.S. would love to be earning a salary of $100,000. Yet, it’s not enough for the teachers within the Public Schools of Brookline. They have chosen to go on strike because they can’t get an increase in their compensation.

What in the world is going on?

Teachers within the school district voted to strike because of failed negotiations. They couldn’t manage to increase their salaries or achieve more educator diversity.

As a result of the teachers going on strike, the public schools had no choice but to close. Superintendent Linus Guillory explained that the Brookline School Committee along with the local teachers union went through four rounds of mediation and failed to reach an agreement. “There will simply not be the staffing capacity to operate all schools safely, nor can [the school district] provide the structured education required by the state for the day to legally count as a school day.”

Imagine having your child enrolled at one of these public schools. The teachers are already paid extremely well in comparison to the national average. As a result of greed and greed alone, the teachers would rather see schools close than provide a proper education. It’s absolutely disgusting, yet this is what is happening in liberal Massachusetts.

The union made a statement, though it fell short of providing any real understanding as to why they have chosen to strike. They could have waited to do this until after the school year, too – but they are trying to prove a point – even if it affects hundreds of children.

“Brookline educators have been working for nearly 3 years without a contract that addresses fair and reasonable compensation as well as working conditions that meet the realities of a modern, comprehensive education.”

If you look at their “working conditions” in comparison to the conditions of other schools across other districts, you would find that they are being completely unreasonable. Further, all of the educators were well aware of what their salaries would be. They agreed upon those salaries when they first started.

It’s not as though the Public Schools of Brookline were not willing to negotiate. They offered a 6% across-the-board increase for all of the wages as well as a second wage increase of 8% that would take place on September 1, 2023. That’s approximately 14% in the span of a year – highly impressive, yet it still wasn’t enough.

Greed is a problem within a number of teachers’ unions. The fact that the teachers are asking for more money when they are already earning over $37,000 above the average nationwide teacher salary is appalling.

And now, as a result of the strike, students will be unable to finish out the school year – and who knows what that will mean for them. The teachers don’t care, however. They seem to believe that they will be able to earn more money by throwing temper tantrums. Meanwhile, parents will be so frustrated that they would rather homeschool their children than provide these greedy teachers with even a penny more.