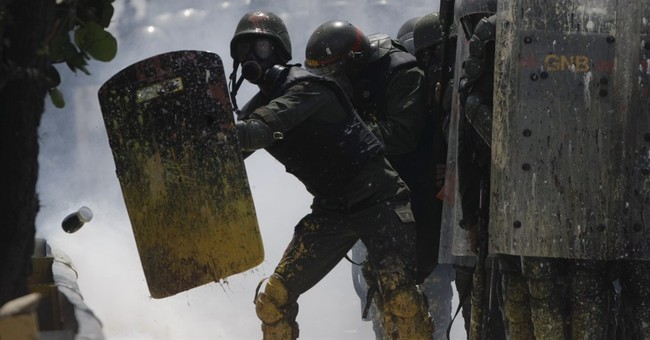 Ask any expert: The number one rule of self defense is “use what you have.”

A man in Nashville purportedly put that into practice recently, against the county cops.

And in that dire straits struggle, he could not be deterred — phonetically-speaking.

Well, he was a little bit — by maybe a few ounces.

Here’s how the Code Red allegedly went brown down:

Beer bottle in hand, he was blocking the emergency exit.

Security told Nicholas he’d need to move, but he wasn’t convinced they were right.

Subsequently, they flagged cops for help.

Apparently, Mr. Newhart took the officers’ approach as an attack.

He may not have possessed a stick or a club, but there was one thing on his person that packed some punch.

Eschewing bottle use for a clearly more weapons-grade chemical attack, he went toe-to-toe with the armed officers by shooting from the hip.

When it came to superior fire power, he must’ve thought he had it in the bag.

Hence, Nicholas used the contents of his colostomy system.

From the country music capital’s WSMV:

As you well know, much has lately been made of police being abusive.

Some have even likened law enforcement to Hitler’s paramilitary.

While most might consider that comparison absurd, at 221 Broadway Blvd., such a crappy analogy rang true — Nicholas turned the cops into Brownshirts:

…he started to swing the bag, hitting two of the officers with his feces.

Naturally, taking his makeshift fanny pack and unpacking it on a pack of police didn’t endear him.

He was arrested without further incident.

Call him a diaper dapper Don:

He could not stand straight on his own, his eyes were bloodshot and glossy, wet looking, with the smell of alcohol coming from his person.

While the assault may not be typical, its location wasn’t necessarily unbefitting: The restaurant’s full name is “Kid Rock’s Big A- Honky Tonk & Rock ‘N’ Roll Steakhouse.”

Either way, Nicholas Newhart — who, per NZ Herald, sports “a neo-Nazi ‘1488‘ tattoo on his forehead” — was charged with disorderly conduct, public intoxication, and assault on two Metropolitan Nashville Police officers.

Perhaps the jailbird will be granted leniency if he agrees to work as an informant — you know, a stool pigeon.

Plus-Size Model and Fat-Acceptance Activist Comes out as Anorexic

Welcome to the World of ‘Noun-Self’ Pronouns, Now Get Down With Your Bunself