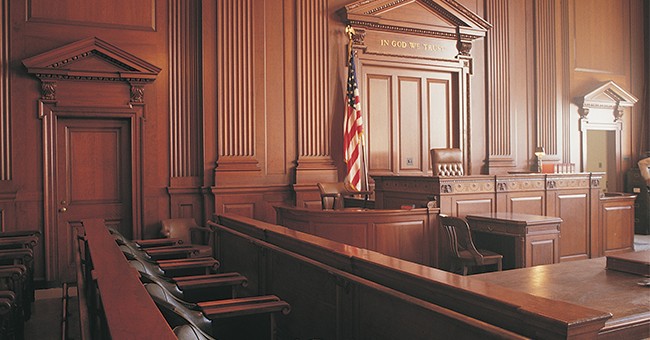 Judicial Watch filed the gender quota lawsuit in Los Angeles County Superior Court in 2019, on behalf of California taxpayers, Robin Crest, Earl De Vries and Judy De Vries. The lawsuit challenges a 2018 law, known as Senate Bill 826, which requires every publicly held corporation headquartered in California to have at least one director “who self-identifies her gender as a woman” on its board of directors by December 31, 2019. The law also requires corporations to have up to three such persons on their boards by December 31, 2021, depending on the size of the board. Judicial Watch argued that the quota for women on corporate boards violates the Equal Protection Clause of the California Constitution.

The state’s argument for the bill’s legality centered on its corrective nature against standing discriminatory board-level hiring practices. From City News Service via the Antelope Valley Times:

In their court papers, lawyers for the Attorney General’s Office argued that the plaintiffs could not show that any illegal or wasteful expenditures of taxpayer money occurred in the implementation of the law’s requirements.

Former state Sen. Hannah-Beth Jackson, who co-authored SB 826, testified during the trial. Jackson, D-Santa Barbara, previously said that it is “disappointing that this conservative right wing group is more invested in spending thousands of dollars on a questionable lawsuit than supporting policy that improves business’ profits and boosts our economy.”

But (plaintiffs’ attorney Robert Patrick) Sticht criticized Jackson often during his final argument, saying she had no answer for some of his questions, including whether there were any gender-neutral alternatives to SB 826.

Somewhat ironically, the man who signed the bill into law did so while acknowledging its potential, now realized, fate.

When he signed SB 826 into law in 2018, then-Governor Jerry Brown noted that there have been “numerous objections to this bill and serious legal concerns that have been raised,” adding that he would not “minimize the potential flaws that indeed may prove fatal to its ultimate implementation.”

The bill exemplifies a liberal mindset, one not confined to California, of vapid virtue signaling over measures genuinely effective in shattering the glass ceiling. Increasing female participation at a high corporate level does not start by demanding inclusion regardless of qualification. Instead, it begins at the grassroots level. The wise business finds and develops talent within itself. An employee well versed in a company’s purpose and methodology is that company’s greatest asset. Gender plays no role in job qualification, pro or con. White knighting while wearing aluminum foil armor on behalf of businesswomen benefits no one. In capitalism, the best companies and accompanying employees are known for their success. The best anti-discriminatory path the government can take is getting out of the way. But, playing the faith healer who met the blind person and sent them away lame is what government does best.