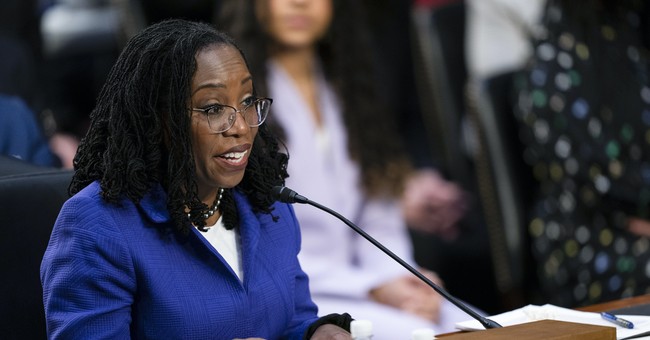 One of the things that has sustained the Supreme Court amid all the politics outside that might swirl around their decisions is a fundamental agreement as to how they should proceed, upholding norms and the integrity of the Court, even if they often disagree with one another as to what the law says. It’s why Justice Ruth Bader Ginsburg, one of the most liberal members of the Court, was against such attacks on the integrity of the Court, such as court-packing, even if they came from Democrats. It’s also why she was such great friends with Justice Antonin Scalia. They were supposed to be an oasis apart from politics. Now, maybe that’s not always true, but that thought is something that has held them together.

As I noted over the weekend, Justice Clarence Thomas made a concerning comment at a conference about where the Court is now, after the leak of the draft opinion. He compared the situation to an “infidelity” — that you don’t know how you will come out of it. That’s very troubling.

Meanwhile, the silence from the liberal side of the court is almost deafening. I’d like to think that they are standing on the remarks of Chief Justice John Roberts, who condemned the leak. But if any of them weighed in to defend the norms, that might go some way toward reducing the fire.

But the Washington Post conducted an interview with the almost-Justice Ketanji Brown Jackson who has been confirmed yet hasn’t taken over yet from Justice Stephen Breyer. Her responses during her hearing were alarming. She refused to answer such simple (but important) concepts as “What is a woman?” How can you rule on cases about women if you can’t define what a woman is? She wouldn’t respond because that non-response fits the current political narrative on the left. In the WaPo interview, she said some things that I liked about the concept of coming to a consensus and ruling based on the law, not based on outcomes or results that people want. But then she was asked about what she thought about the leak of the draft opinion.

Q: What was your response when you when you saw the draft leak [of a Supreme Court opinion that would strike down Roe v. Wade]?
A: Everybody who is familiar with the court and the way in which it works was shocked by that. Such a departure from normal order.
Q: Do you think it was a good thing or a bad thing?
A: I can’t answer that.
Q: What do you think about peaceful protests outside of Supreme Court justices’ homes?
A: I don’t have any comment.

So she can’t even say if the leak was good or bad? The Chief Justice already said it was bad. Why can’t she answer that? Unless it’s that she doesn’t want to anger the left. Then she can’t answer whether it’s bad that her future colleagues are being protested in their homes in violation of the federal law to try to influence their vote? Not even “It’s a justice’s job to rule on the law,” if she thinks that this somehow has anything at all to do with a future decision. Saying “I don’t have any comment” in this instance is not a good look for the future of her interactions on the Court.