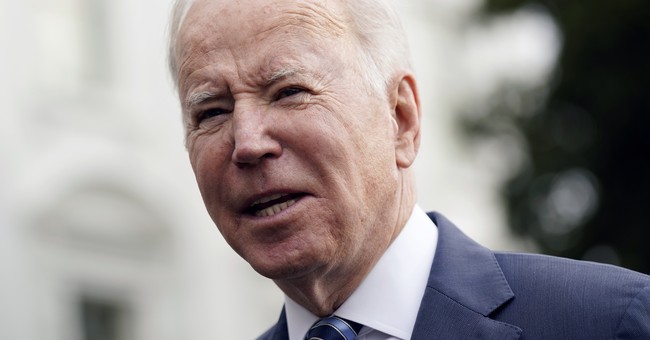 For his part, Joe Biden is headed to the scene, announcing a trip to the area almost immediately after the massacre occurred. There appeared to be zero hesitation in that decision.

In a vacuum, there’s nothing wrong with a president visiting the site of a mass killing. In some ways, it’s fairly selective given the far greater amount of death that occurs from other violent means on a daily basis in the United States, but with the spotlight on Buffalo, it’s not at all out of bounds to go there.

Rather, what strikes me about this is the disgusting hypocrisy being displayed, to the point where it is now obvious that the White House lied about the president’s inability to visit Waukesha after an outspoken black nationalist killed six and injured 62 there last year in Wisconsin.

So let me get this straight. Biden couldn’t go to Waukesha because it would require “too many assets,” but he can have a trip planned to Buffalo within hours? Anyone with a brain can see what’s going on here. The Waukesha killing did not fit the narrative, and the one in Buffalo did. That’s true both on racial grounds and the tool used, with a car being used in the former and a gun in the latter.

Think about it. The President of the United States is obviously picking and choosing which mass killings to respond to based on politics. Just when I thought he couldn’t sink any lower, he somehow manages to outdo himself.

Of course, he’s just following the lead of a news industry that does the same thing. While the Waukesha killings solicited a range of stories blaming the car and obfuscating the assailant, they’ve had no problem pushing the “right-wing terrorism” message in regards to the Buffalo killing. That despite the fact that the killer had extremely varied beliefs that fit no modern political mold, including being a communist and environmentalist on top of his racial animus.

Regardless, I expect the press corps to do everything they can to weaponize this latest attack against their political opponents. What we shouldn’t expect is the president to do the same. Are there no lines anymore? There is no argument that Waukesha isn’t possible to visit but Buffalo is due to logistics. That the White House would so blatantly lie about a possible Waukesha trip in a clear bid to not highlight inconvenient political facts is morally depraved. How cold must a person be to operate that way?