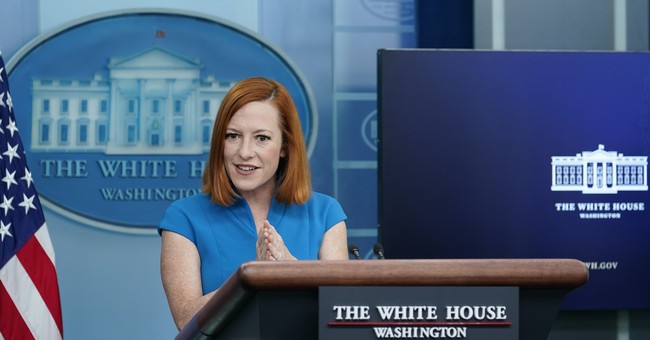 Is the White House lying even about their response to the baby formula shortage?

Funny that. If they’ve been working on it for months, why hasn’t Biden hasn’t made any public comment on the effort?

White House Deputy Press Secretary Karine Jean-Pierre said it was a “top priority” on Wednesday. But then, when she was asked who was the point person on the issue at the White House, Jean-Pierre was unable to say. Some priority. They hadn’t even said anything about it until the last couple of days.

If Biden isn’t lying and he has been working on it for months, with all this failure as a result, in some ways that’s even worse. That doesn’t say a lot for his ability to do anything about it.

But, Psaki refused to say if Biden could have done more.

When asked to clarify when it was that Biden first got involved with the issue, Psaki refused to say.

I’m betting he only just found out.

Meanwhile, Psaki had no answer for how long it would last.

Despite having no idea, Psaki wants to assure you how successful they’ve been, as people across the country know otherwise. This takes some true gaslighting to try to sell this to the desperate parents.

Successful? Maybe in getting pallets of formula shipped to illegal aliens, as we reported earlier. Not so much success working out the issues for Americans, though.

But if you’re truly desperate, Psaki can tell you what to do: “call a doctor.”

Oh, thanks, Jen. This is where they’re leaving so many parents. The parents are just furious over this. Chalk up another “L” for the Biden team. All they had to do was pay attention and do something. Then act as though they cared, rather than laughing and blowing smoke at everyone. The formula recall issue was back in February, but the plant is still shut down. So, that’s on Biden. Plus, there were issues before the recall with the supply chain since last year-and again, that’s on Biden.

Meanwhile, after the outcry, Biden finally set up a meeting with baby formula company people on Thursday. But then he shut out the press, so reporters can’t report on what was being said and the public wouldn’t know. Again, not prioritizing the parents who want answers to be able to help their babies.

Finally, Biden was asked about it today, and he blew off the question.

Meanwhile, where is Biden’s focus? Focusing on screaming, “MAGA, MAGA,” and calling President Donald Trump “The Great MAGA King .” I’m just thinking that’s not what he was hired by voters to do.