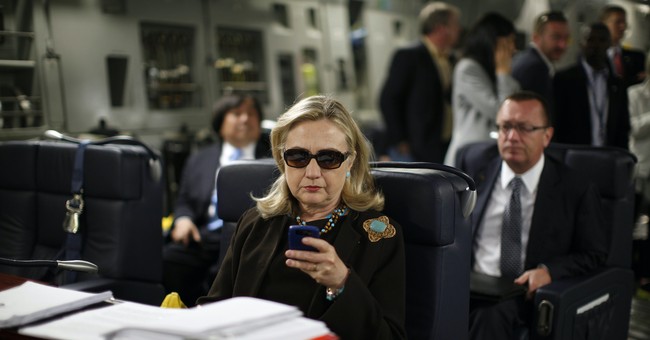 Judge Christopher Cooper has just rendered a decision on the Fusion GPS emails in the case the Special Counsel John Durham has brought against former Clinton lawyer Michael Sussmann.

While Fusion GPS was asked to turn over their emails, they withheld 1,500 of them, claiming that the emails didn’t have to be turned over because of attorney-client privilege, or privileged as attorney work product. Durham made a motion to compel the production of 38 of those emails, believing that they had to do with the effort to smear Donald Trump in the media with false Russia collusion Alfa Bank stories. So, they’re important ones to have to paint the full picture against Trump.

The judge granted the government’s motion to have the judge review the emails in camera to decide whether or not to allow Durham to present the emails in evidence in open court. After that review, the judge has now decided that 22 of the 38 emails are not privileged and have to be turned over to the Special Counsel. The 22 emails were mostly internal emails that seemed to apply to information being spread to the media. The judge held that these “included pitching certain stories, providing information on background, and answering reporters’ questions.” So, they were not protected by attorney-client privilege or work product privilege, because they were media relations emails.

However, the judge did find that 16 of the emails were privileged. Eight of those involve internal communications between Fusion employees. The judge said he was “unable to tell from the emails or the surrounding circumstances whether they were prepared for a purpose other than assisting Perkins Coie in providing legal advice to the Clinton campaign.” Therefore the judge determined they were privileged based in part on the sworn declarations of Marc Elias.

Plus, the judge said Durham hadn’t shown “substantial need” for the emails for his case. The last eight emails involved an email chain initiated by Rodney Joffe, as well as communications between Michael Sussmann and Fusion employee Laura Seago. The court said the email chains were labeled “privileged client/attorney communications,” and Joffe was the apparent client. According to Joffe, “the purpose of the communications at issue was to obtain [Fusion’s] assistance in cybersecurity and technical matters to allow Mr. Sussmann to provide [Mr. Joffe] competent, informed legal advice.”

But, while the judge ruled that the 22 emails had to be turned over, he also held that Durham had waited too long to compel production of the emails after he knew that they were claiming privilege for months. Durham says they were trying to get the emails through cooperation rather than by having to make a motion. But because now they are on the eve of the trial, the judge said that this could prejudice the trial if he were to allow the prosecution to be able to use the emails at trial, that this could prejudice Sussmann’s defense. The Court took no position on the remainder of the 1,500 emails, as they weren’t part of the prosecution’s motion to compel.

So, that’s not a great decision, but it will mean that Durham will get to see those emails and determine how they can inform his case. There’s now a question of where he can go with Laura Seago, who is scheduled to testify, and to whom he gave immunity if he can’t get in the emails that he likely wanted her to speak to. Further, the fact that the judge just accepted the claim that Fusion GPS supposedly helped in providing legal advice and taking Marc Elias at his word is concerning. The judge had also previously limited evidence that could be introduced, saying he didn’t want to have a mini trial as to the concept of everyone acting in a “joint venture.”

So, we’ll have to see where it goes from here and how much of a crimp this throws into Durham’s case. There’s also still an open question about the remainder of the 1,500 emails. The trial is expected to begin on Monday and big names like Clinton campaign manager Robby Mook, Marc Elias, and Inspector General Michael Horowitz are on the witness lists.