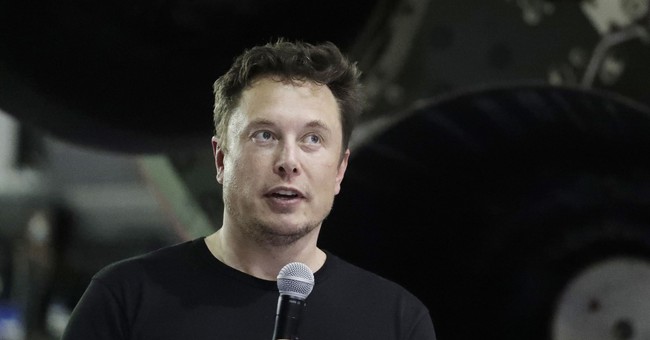 To say that the media attacks on Elon Musk have been way out in left field would be like announcing that water is wet. It was obvious well before Twitter officially made the announcement late last month that they’d entered into a “definitive agreement” with Musk on buying the social media platform that the MSM and their Democrat allies were going to go Total War and then some on the billionaire investor all for the crime of simply believing in free speech and open debate.

It is Musk’s oft-stated message about just that very thing that prompted the Associated Press to take their best shot this week at trying to prove that Musk is not someone who practices what he preaches. In the latest media hit piece, the AP went after Musk because while he says he wants to buy Twitter on grounds that it could use more speech and less censoring, he’s also using the platform to debate his numerous critics. It is this, the Associated Press proclaims, that makes Musk a walking “contradiction”:

I kid you not. From the article:

But if the 50-year-old Musk’s gambit has made anything clear it’s that he thrives on contradiction.

Musk boasts that he’s acquiring Twitter to defend freedom of speech. But he has long used the platform to attack perceived foes who dare to disagree with him.

LOL “dare” to disagree? Does it actually take someone who is the “daring” type to disagree with Musk? No. Even a casual observer can see just from his Twitter feed alone that Musk thrives on disagreement, like a lot of us in this arena do, but not – fortunately – as a form of shutuppery.

But the bigger issue here with the AP’s swipe at Musk, which discerning readers will note, is that there is no “contradiction” at all with someone defending the concept of freedom of speech while also responding accordingly to their critics.

That the Associated Press, a press organization whose lawyers have undoubtedly used the First Amendment as a defense in cases before the court from time to time, has chosen this line of attack on Musk should not astonish anyone familiar with how media operations like the AP currently operate.

You see, to the Associated Presses of the world, a conservative or independent thinker defending themselves publicly from attacks by their critics equates to attempts at “shaming” them into silence. But when it’s a far-left Democrat or other self-styled “progressive” who uses the power of their various platforms to go much further by way of trying to have their critics canceled altogether, well then that constitutes “freedom of speech” in their book.

And while technically they are right in that attempts by leftists to get their right-wing critics ostracized from polite society do technically fall under First Amendment grounds in some cases, it’s rather revealing – and not in a good way – that the AP doesn’t take the same view when it’s the other side (the right) who are taking important yet much less drastic actions in order to counter claims made against them in the court of public opinion.

In essence, they confirmed their liberal bias not to mention their ignorance of what “free speech” actually means, but don’t tell them that it’s they who are being contradictory here. After all, they’re too busy right now updating their stylebook in ways that benefit their woke pals in the Democratic party to notice – or care.