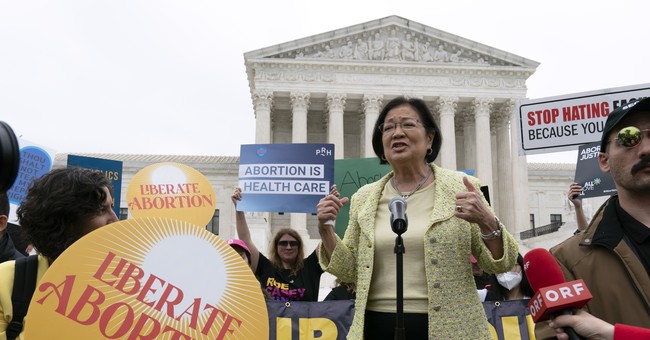 The leaked majority decision overturning Roe v. Wade, authored by Justice Samuel Alito, has led to a firestorm of reaction from the left, including acts of violence and intimidation. Yet, where things actually stand within the Supreme Court remains a big question.

As of last week, a report dropped stating that the votes to overturn Roe were still in place. Yet, that report also said that John Roberts would attempt to sway his colleagues to a more moderate decision, maintaining Roe but striking the viability threshold for pro-life legislation. As I stated at the time, such a splitting of the baby would make no legal sense and be untenable. Rather, it would represent a desperate attempt to appease the left while only pouring gasoline on the divisions over abortion.

But is that attempt at appeasement actually happening? Will some of the conservatives switch sides? A fresh update on the matter tells a different story, and it appears that the left’s ridiculous, illegal tactics are backfiring.

Justice Samuel Alito’s sweeping and blunt draft majority opinion from February overturning Roe remains the court’s only circulated draft in the pending Mississippi abortion case, POLITICO has learned, and none of the conservative justices who initially sided with Alito have to date switched their votes. No dissenting draft opinions have circulated from any justice, including the three liberals.

We are now over a week since the initial leak, and the votes have still not changed. Further, Alito’s draft was from February, yet there has not been another majority decision written up and circulated over the course of the last three months in an attempt to soften the ruling. That doesn’t mean the final draft won’t be changed, but it does mean that those changes will likely only be in response to the dissents in order to strengthen the overturning of Roe. If Roberts was going to try to win support with a different majority decision, you’d think he’d have made that effort by now.

It looks as if the left’s aggressive response, including protesting outside the homes of the Justices, is not paying dividends. No one has changed their vote, and at this point, the theatrics are probably only solidifying the final outcome. Any justice who flips now would blow up the credibility of the court, appearing to have folded to outside pressure. Besides, what incentive is there to give in to these radicals? They would lose their minds over a watered-down decision in the Roberts mold as well.

In short, while it’s frustrating to see the left lash out the way it is, in this case, it’s probably best to let them dig their own political grave. At some point, the law will have to be enforced so Alito and his family, among others, can live in peace. But as far as the political ramifications go here, this is a losing issue for the Democrats, both at the Supreme Court, and in my opinion, electorally come November.