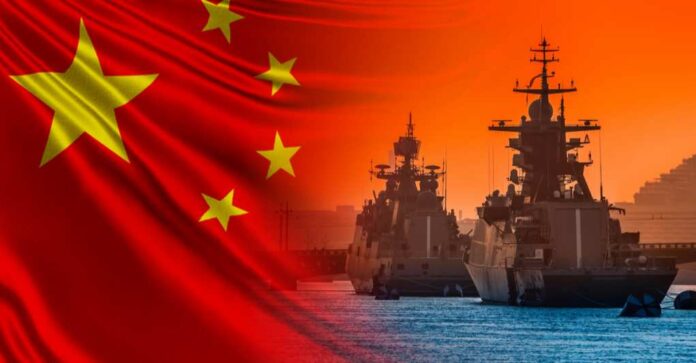 China has been watching closely as Russia invaded Ukraine. They’ve been watching as much of the world jumps to help Ukraine. And now, they’re making a move that has the U.S. wondering what they are up to.

Is it just training or are they actually positioning for an attack?

There’s a Chinese aircraft carrier group getting increasingly closer to a U.S. naval base in Japan.

“Liaoning” is the name of the aircraft carrier that belongs to China – and it and seven other vessels are closing in on Nagasaki, Japan. The U.S. naval base is found in nearby Sasebo, and the USS Abraham Lincoln is close by, too.

According to the Chinese media, the Chinese are simply completing some combat training – but they shouldn’t be getting quite so close. It’s leaving many wondering why they’re daring to come as close to Japan’s coast as they are. With all that’s going on in the world, this would be just like China to try something…

As of May 2, the USS Abraham Lincoln and the USS Ronald Reagan aircraft carriers are near Sasebo, according to the fleet tracker by the USS Naval Institute.

The “combat training” being conducted by China seems to be questionable because of what they’ve been guilty of in recent weeks.

Their current naval expedition comes on the tail of its military shadowing a US Navy destroyer that was conducting exercises in the Taiwan Strait.

China’s military news outlet continues to say that they are carrying out routine training. They have not directed threats against any party, including the U.S. that would be a lot easier to believe if they weren’t quite as close to Nagasaki as they are.

Considering that China has not been particularly friendly with the U.S. in the past – and they have shown that they are aligned with Russia, there’s no telling what they are capable of. They could act out at any time.

World leaders have been wanting to test President Biden. They all sense his weakness, but they want to do something to see if the U.S. president will actually do something. Right now, Biden wants to keep everyone at arm’s length with verbal warnings and sanctions. They want to see if there’s more bite to his bark – and China may be the one who has been nominated to get a bit closer.

One of the main reasons why there’s cause for concern about this supposed training exercise is that the Liaoning and its group of sea vessels is the largest formation that has ever been created in the history of the People’s Liberation Army Navy.

Are we supposed to believe that the largest formation is just for training purposes? Or, is China doing a bit of posturing to show off its military capabilities? Or, worse, are they poising to attack while Russia is attacking Ukraine to the north?

The Daily Caller News Foundation was able to translate an opinion piece from China’s Tencent News. They report that no Chinese submarines have been identified within the formation but that they don’t rule out that there may be a nuclear submarine operating.

This could get interesting. We’ll see how long this “training” goes on before we decide if China is doing a bit more than they are saying.