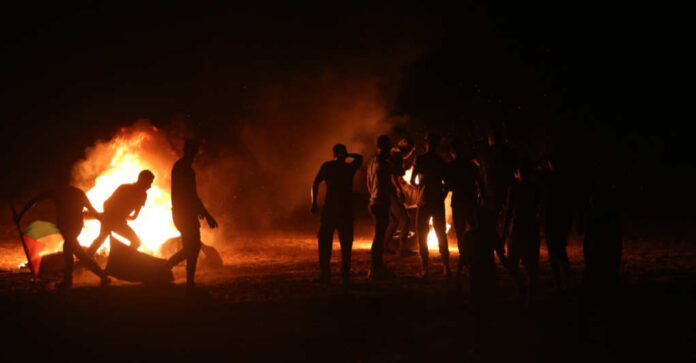 Governor Greg Abbott certainly does think outside of the box. He is publicly contemplating invoking wartime powers and declaring his state under “invasion” due to the immigration threat his citizens are facing. This would allow his state police force to gather up immigrants and send them back to Mexico. That authority is usually only reserved for the federal government.

Most experts are forecasting that the number of people crossing the border this summer will triple. So the governor feels somewhat forced to do something that would enable Texas law enforcement to legally round up both migrants and asylum-seekers and send them back across the border.

Opponents to this plan warn that the “invasion” plan would not survive the legal challenges it would face coming from President Biden’s Justice Department.

Abbott is keeping his Texas bravado and insists that he is looking at this option in depth. There are some experts on the Constitution that believe it allows for states to assert war powers without federal approval if they are facing a foreign invasion.

Governor Abbott said during a roundtable this week, “This is something that I began studying when I was the attorney general of Texas. The operation, as it would work, is to [detain] these people and deport them immediately.”

He went further saying that it was something that his team is looking into. He promised the listeners that he would look at every legal issue about a policy before he begins any action.

Abbott conceded that this move could put his law enforcement officers in legal jeopardy. Apparently, the former head of Border Patrol sent a memo saying that officers could be prosecuted.

The Biden administration has admitted that they are bracing for a huge wave of migrants when they ultimately lift Title 42. This is a policy started by the Trump administration that allowed border patrol agents to return most people seeking asylum with the exception of unaccompanied children. The rationale for this policy had to do with public health in response to the pandemic.

In April, a federal judge kept the White House administration from repealing Title 42. The judge said that it would result in “an unprecedented crisis at the United States’ southern border.”

Already in March, the U.S. border authorities detained 210,000 migrants trying to cross the border. This is the highest monthly number in two decades. The Department of Homeland Security is forecasting that the number of migrants entering the United States will triple to 18,000 per day. That is why the Texas governor is looking at what might seem to be unprecedented ideas.

Ken Cuccinelli, a part of the Trump team for Homeland Security, wrote a policy brief on this novel idea.

“The states have no choice but to lead. This begins with a declaration of invasion by Texas and other border states,” Cuccinelli wrote.

But Ric Simmons, an expert on Constitutional law at Ohio State University Moritz College of Law, believes that a move like this would have no chance of serving in the court system. He wrote that this kind of power to decide what an invasion is resting only with the federal government. He said that even with a 6-3 conservative bent in the Supreme Court, they would vote against a state having this kind of authority.

Simmons said that the Supreme Court has been more deferential to the federal government recently than past more liberal courts when it comes to immigration. They would almost certainly block any attempt by Abbott to declare an invasion.

So is this going to be a real attempt by Abbott, or as some have indicated, is it a political maneuver?