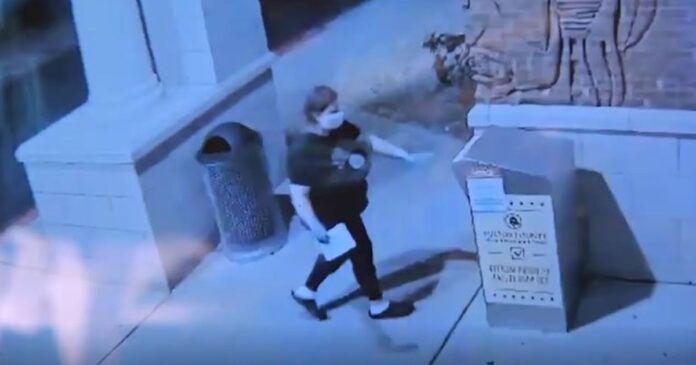 Dinesh D’Souza’s new film, “2000 Mules,” which, according to Politifact, “suggests a nefarious conspiracy in which so-called ‘mules’ submitted ballots en masse,” as part of a ballot harvesting operation in six swing states in numbers large enough to have determined the outcome in that state and, therefore, the nation, premiered Wednesday at Mar-a-Lago.

The film’s findings are based a review of more than 4 million minutes of ballot drop box surveillance film obtained via public records requests and analysis of a large trove of cell phone geotracking data. True the Vote, a nonprofit organization focused on election integrity issues, obtained the data and retained an investigator, Gregg Phillips, to oversee the analysis. Likely knowing that the fact checkers were going to be out in force immediately to attack the credibility of the film and the data presented therein, Engelbrecht set up a plan to have investigator Phillips perform a massive data dump they’ve code-named “ripcord” so all of the information True the Vote has will be publicly accessible.

Ahh, transparency. What’s not to love?

Engelbrecht announced the plan in a video posted to the group’s Instagram page.

The video portrays a staged conversation between Engelbrecht and Phillips (which ostensibly would have taken place after the film’s release) in which Phillips asked her what she wants to do. Engelbrecht said:

Release it all. The video, the data, all of it. Make it all public. The world needs to see this.

Phillips tells Engelbrecht that “we’ve already built a plan,” then Engelbrecht asked how long it was going to take. Phillips replies:

Give me a few weeks. I’m leaving right now. Wait for my mark.

And then we will pull the ripcord.

“All of it” presumably includes the names and addresses of the 501(c)(3) nonprofits the group labeled as “stash houses” in the film. According to True the Vote’s investigation, these nonprofit organizations served as a place for ballots to be stashed after they were collected from voters, and a base from which “mules” were assigned to deliver ballots to the ballot collection boxes at various times and in quantities that wouldn’t cause alarm when reported on the drop box’s chain of custody reports – and, they were the organizations through which the “mules” were paid per ballot delivered to the drop boxes. Engelbrecht says that “mules” were paid around $10 per ballot but that for the Georgia Senate runoff that price was higher.

The group also spoke to multiple “whistleblowers,” one of whom was an election observer who contracted with the National Republican Senatorial Committee (NRSC) during the Georgia Senate runoff and observed what looked to him to be ballot harvesting occurring and reported such to the NRSC. He claimed that the NRSC did nothing about the report. Presumably, the “ripcord” data would have more information about that informant’s claim, as well as the others.

As the New York Times has reported, geotracking data from smartphones is highly specific and is used by law enforcement for “pattern-of-life” analysis. If the data in the “ripcord” data dump contains geotracking data showing things like one person going to 10, 20, or 30 ballot drop boxes during one election and placing three or five or more ballots in each drop box, that would definitely put to rest the Associated Press and PolitiFact’s laughable contention in their “debunking” articles that the videos True the Vote obtained only showed people legally returning five or six ballots for family members.

While True the Vote’s video says we’ll have to wait “a few weeks” for the data to be released, it wouldn’t be surprising if it’s released much sooner. Let’s do this.