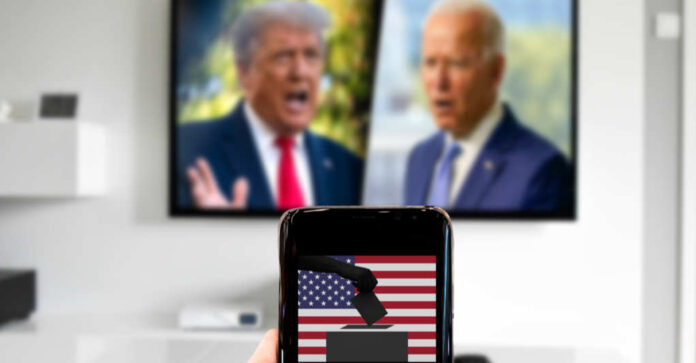 Will the Biden administration and the Trump Team both continue to race against each other in a 2024 political game of chicken? Both men have indicated to people close to them that they are likely candidates in the next presidential election. And they both would like to run against each other and are confident that they would win. The question is…who will declare first?

The lack of clarity has kept their parties somewhat paralyzed. Alex Conant, a GOP strategist who was a senior adviser to Sen. Marco Rubio’s previous presidential campaign, said, “It’s a very unusual situation where there are people in both parties who would likely clear the field, and for the first time in modern history we might not have a very competitive primary on either side. So it’s hard to think of what that would look like other than it being a brutally long election campaign.”

President Biden has made comments about his plan being full steam ahead in 2024, but there has not been an official announcement, and he will be almost 82-years-old on Election Day 2024. It is understandable why he would not declare at this point because that would leave him as a lame duck through this first term. Some of his allies are hoping that he will make his plans known soon after the midterm elections so that his Party has plenty of time to prepare for a more open primary. But there is a growing fear that Biden will not declare until pretty far into 2023.

The kicker is that if Trump declared, experts agree that Biden would soon follow suit. Biden feels a “calling” to run again to prevent Trump from getting back into the White House. He believes that former President Trump is a threat to democracy and probably thinks that he is the only one who can beat him.

President Biden has already begun a potential campaign against Trump. He said just this week that the “MAGA crowd” is the most “extreme political organization that’s existed in recent American history.”

Trump doesn’t seem in a hurry. Even though he has given strong hints that he will run again. And he seems to be enjoying the role that he has right now in the party and the fact that he gets to keep everyone guessing.

Right now, Trump is a “kingmaker.” He endorsed J.D. Vance in Ohio and saw him claim the win. If he were to announce his intentions now, it would restrict him to different political committees. But all the signs are there…rallies around America and super PACs filling their war chests with money.

Ironically, the one thing that might pull his intentions into the light would be Biden declaring. One former adviser to Trump said, “Biden running helps shape his decision. I think it’s an opportunity to avenge a loss and right a wrong, whereas if there was a younger candidate, I don’t know how motivated he’d be.”

This scenario happened only once before. In 1888, Grover Cleveland’s reelection was stymied by Benjamin Harrison. But then four years late, Cleveland beat Harrison and was the only president to ever serve two non-consecutive terms.

Pollster John McLaughlin said that his firm’s surveys reveal that Trump could follow in those footsteps. They show Trump to have 50% of the likely voters and Biden only has 43%.

Those close to Trump say that he would like to run, but only if Biden’s approval numbers remain as low as they are. In other words, he wants to be sure he will win.

Bryan Lanza, a campaign strategist, and former Trump official said, “I always said that he would run if Biden is under 44 or 43 [percent] but if Biden is at 46, 47, he will pass.”

So for now, the old locomotives just keep steamrolling towards each other hoping one will shout “chicken.”