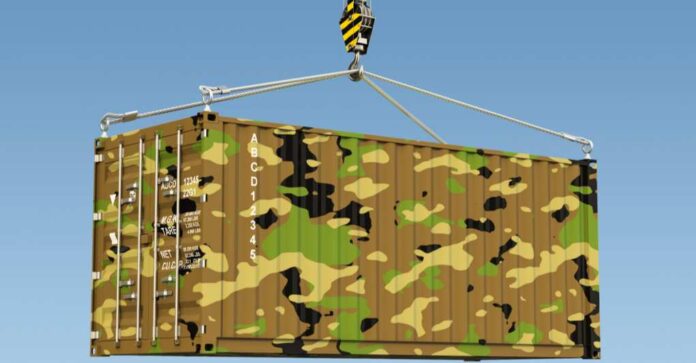 Ukraine has been our ally for years. We take it seriously to stand by our allies, even when it becomes costly to us. As a result of the Russian invasion, we have worked hard to keep the Ukrainian army equipped with the necessary weapons to hold their own.

There’s just one problem – as we send over more weapons, we deplete our own reserves. It leaves us with a dilemma. How much more can we afford to send overseas without leaving our own military vulnerable in the event of an attack on American soil?

As reported by Military Times, there are planes taking off almost every day out of Dover Air Force Base, headed to Eastern Europe. These planes are loaded with everything from Javelins to howitzers so that the military in Ukraine can face another day against Russia.

One of the reasons that Ukraine has lasted as long as they have is because of getting weaponry from the U.S. and other countries. And Biden’s visit to Lockheed Martin in Alabama is a reminder of just how important these weapons have been.

The question is, how long can we keep this up? If we keep shipping our stockpiles of weapons to Eastern Europe, we won’t have what we need here.

We live in a world where there’s potential conflict everywhere we look – Iran, North Korea, and who knows where else.

According to Mark Cancian’s analysis, a senior adviser from the Center for Strategic and International Studies international security program, the United States has already provided around 7000 Javelins to Ukraine. Some of these were delivered while Trump was still in office. However, in total, this is one-third of the U.S. military’s stockpile. Since the Russian invasion began, the Biden administration committed to sending approximately 5500.

As for the other weapons we have sent, approximately one-quarter of our stockpile of shoulder-fired Stinger missiles have also been sent. Greg Hayes, the CEO of Raytheon Technologies, has also warned that due to parts shortages, they won’t be able to increase production until next year.

This alone should worry us because we won’t be able to replenish as quickly as we may have been able to prior to COVID, and the many shortages found within the supply chain.

There are plenty of other weapons that we are sending over, depleting our inventory even further. However, Stingers and Javelins are where the most significant issues exist because of limited production.

As a result of the Russian invasion, European and American defense industry providers have a huge opportunity to profit since defense spending is up. The unfortunate problem is that there are both supply-chain issues and labor shortages challenging many of the defense contractors.

Even before Russia decided to invade Ukraine, military spending has been up – in the U.S. as well as the rest of the world. A quick glimpse into the 2023 budget proposed by Biden will show that there is an annual increase of approximately 4%, bringing the amount requested for the Pentagon to a staggering $773 billion.

At some point, we are going to reach a level in which we can no longer afford to restock weapons many are already waving their hands and saying that there isn’t enough money. Biden has recently pressured Congress to approve a request for $33 billion more in security and economic assistance for Kyiv.

As Cancian explains, “There is no question that whatever war plan they’re looking at there is risk associated with the depleting levels of Stingers and Javelins, and I’m sure that they’re having that discussion at the Pentagon.”

We just have to figure out where our breaking point is. Do we go broke and deplete our own military weapons reserves? Or, do we abandon our ally and potentially let them fall to Russia? It seems there’s no good answer…