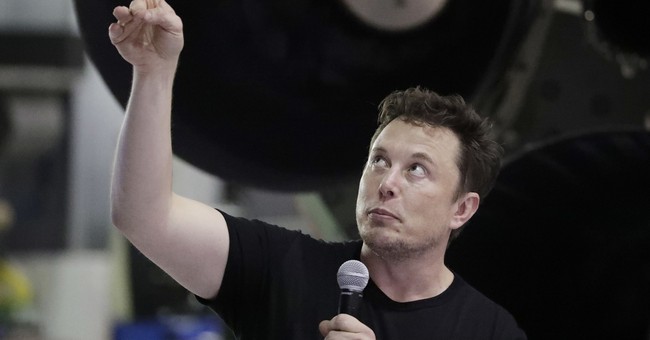 Grab the popcorn — looks like the woke folks at Twitter are going to have to start looking for some new jobs.

According to a plan that Elon Musk has reportedly laid out for investors, he intends to be the temporary CEO once he takes control and to can 1,000 staffers right away. Ultimately, he’s going to add more people, to the company, mostly engineering people over three years. It doesn’t sound like they’re going to be hiring more content moderation people (otherwise known as censors).

Musk has previously said that he intends to cut the salaries of the Twitter board, which would save another $3 million. But those aren’t the only changes he intends to make. He wants to reduce the advertising on the platform by 45 percent so it’s not so reliant on advertising. Instead, he wants to build up the subscriptions to Twitter Blue, so about $12 billion would come from advertising and $10 billion from subscriptions. That would make him freer from the pressure from advertisers, so he’s already cutting off an anticipated way for leftists to force him to do what they want. They’re already trying to pressure advertisers against him and he hasn’t even fully taken control yet. But this would reduce the effect moves like that could have on the platform. Musk has also speculated on possibly monetizing tweets, although he hasn’t outlined how that would work.

The idea is to increase by five times the annual revenue because of the changes — from $5 billion to about $26.4 billion. He anticipates that Twitter Blue — the premium subscription service — will have 69 million users by 2025, who are each paying now $3 to have access to “premium features.” Musk also speculated on lowering that price and including verification checkmarks.

‘Price should probably be ~$2/month, but paid 12 months up front; account doesn’t get checkmark for 60 days (watch for credit card chargebacks) & suspended with no refund if used for scam/spam,’ Musk said in a tweet from last month.

‘And no ads,’ Musk suggested. ‘The power of corporations to dictate policy is greatly enhanced if Twitter depends on advertising money to survive.’

Investors who are helping him in his bid with financial backing include Oracle co-founder Larry Ellison and Sequoia Capital. He also has sold some Tesla stock and has a bank loan tied to other stock from Morgan Stanley for part of the money.

On Monday, at the Met Gala – his first public appearance since the deal was agreed – he was asked about his plans for Twitter.

‘My goal, assuming everything gets done, is to make Twitter as inclusive as possible and to have as broad a swathe of people on Twitter as possible,’ he said.

‘And that it is entertaining and funny and they have as much fun as possible.’

That sounds like a great improvement — especially if they no longer have banning for political reasons or political suppression of content, which he has made clear he wants to stop. No more woke people in charge, reduced ads and bots — he’s going to have people across the political spectrum loving his takeover.