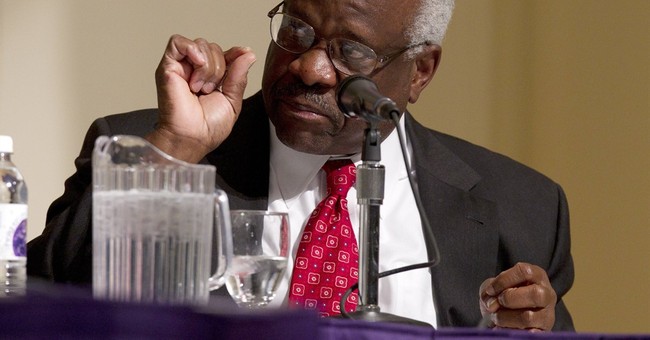 Whoever leaked the draft SCOTUS opinion was likely thinking or hoping that they could influence people to change their minds before the final opinion and/or hoped that it would anger people on the left to get out to vote in the midterms.

However, it may have the opposite effect.

Polling so far is showing it’s not having the energizing effect the Democrats had hoped. Indeed, the Republicans may have gained more enthusiasm since the leak.

Add to that the general insanity that Democrats are just starting to push in reaction — such as doxxing the justices’ homes, invading churches during mass, brawling with police, and vandalizing churches with pro-abortion graffiti. Not to mention how Democrats are demonizing pro-life people and Republicans. Americans are going to look at that and once again, see how radical Democrats have become. It’s not going to go over well.

But if Democrats thought they were going to change the opinion of the justices, two of the justices have spoken, firmly telling them to forget about that idea.

Chief Justice John Roberts and Justice Clarence Thomas attended the 11th Circuit Judicial Conference in Atlanta and both commented in the wake of the leak.

Roberts said, “A leak of this stature is absolutely appalling,” Roberts said. “If the person behind it thinks that it will affect our work, that’s just foolish.”

Thomas also made it plain that the attempt to undermine them would not succeed during a Q & A session at the conference.

As a society, “we are becoming addicted to wanting particular outcomes, not living with the outcomes we don’t like,” Thomas said.

“We can’t be an institution that can be bullied into giving you just the outcomes you want. The events from earlier this week are a symptom of that.”

Thomas nails the leftist attitude here. They don’t care that this would not eliminate abortion by the decision, even if this were the final decision; that it would be sent back to the states for the people to decide. They want what they want, they don’t care if other Americans wouldn’t vote for it. This makes them hypocrites about “democracy” because they don’t want the people to decide. But they don’t care about the contradiction there. Because it isn’t about “democracy” no matter how much they shout that. It’s about getting the “particular outcomes” they want. If it were about democracy, the Constitution, or preserving norms, they wouldn’t be trying to target justices at their homes or invading churches.

Roberts had previously condemned the leak and directed the Marshal of the Court — its chief operations and security officer — to investigate.

There are only a limited number of people who would have had access to the opinion, assuming there was no intervention such as illegal access to the email exchange. So they should be able to work through those people and figure it out. Former AG Bill Barr said he believed there was a criminal offense here, “[T]his was an obstruction of the judicial process. It was an interference in the due administration of justice.”