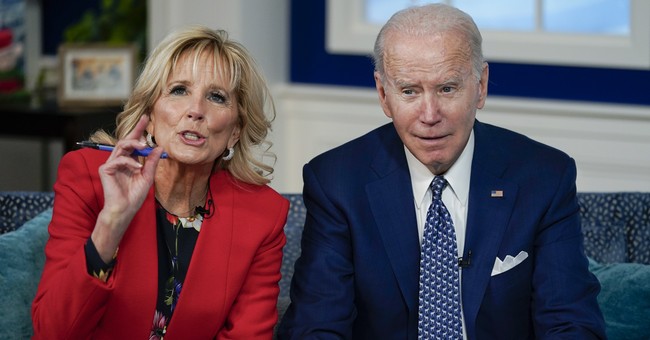 In news that will surprise absolutely no one, it is being reported that Joe Biden is not going to be held accountable for possibly evading taxes. That comes after the IRS rejected a whistleblower complaint alleging the president owes at least $127,000 in back taxes, with others suggesting it’s as much as $500,000.

The news comes per The New York Post, which saw a copy of the denial letter.

President Biden is likely to avoid an audit that could reveal whether he made money from his son Hunter Biden’s overseas business dealings — because the Internal Revenue Service has rejected a whistleblower complaint that alleged he owes at least $127,000 in taxes, The Post has learned…

…Tax law expert Bob Willens, who teaches at Columbia University’s business school, said the rejection means Biden is likely to run out a three-year statute of limitations, meaning Republican claims that Biden owes up to $500,000 in taxes are unlikely to be resolved.

“It looks like the question of whether the president underpaid his Medicare taxes will never be aired,” Willens told The Post.

The dispute concerns more than $13 million that Joe and Jill Biden routed through S corporations in 2017 and 2018 to avoid paying a 3.8 percent Medicare tax on most of the haul by declaring a small part of it as “salary.” Many wealthy people use S corporations to lower their tax bills and the IRS pursues relatively few cases of lowballing the amount of income that counts as taxable.

The issues over Biden’s taxes are actually long-standing, with RedState reporting on the issue last year. The details concern the over $13 million that Joe Biden and his wife made following the end of the Obama administration. Those are the same years that Biden ended up with $5.2 million in “unexplained income,” with other evidence pointing to his corrupt, possibly criminal son, Hunter Biden, dumping money in the family coffers during that time period.

The Bidens took all that money they “made” and routed it through S corps in order to skip out on paying some Medicare taxes. The “unexplained income” that measured into the millions was claimed on their taxes but not on their financial disclosures. That’s why we don’t know the origins of it. The dots are connecting, though, given what we’ve learned about the mixing of finances between the elder Bidens and their degenerate son.

But while the IRS will target conservative non-profits and audit Donald Trump every year, they apparently just don’t have the will to look into Biden’s screwed-up finances. I’m sure that’s just a coincidence and not at all a politicized decision, right?

Regardless, even if we assume that the tax schemes the Bidens perpetrated were legal, there’s no doubt they are massive hypocrites. Biden has consistently proclaimed that the rich must “pay their fair share,” targeting highly successful figures like Elon Musk. In fact, he used that line in his recent State of the Union address.

Apparently, paying one’s “fair share” doesn’t apply to Democrat presidents, though. I mean, if you are going to skip out on taxes via loopholes, at least go big. In this case, the Bidens were so concerned with even having a pay a small amount (relatively speaking) of Medicare taxes that they rerouted millions of dollars to avoid them. Talk about being cheap.

It’s also worth noting that the Bidens give almost nothing to charity. They want to take your money but then go out of their way to skip out on taxes and giving that pay for the very things they promote. These people are hypocrites of the highest order.