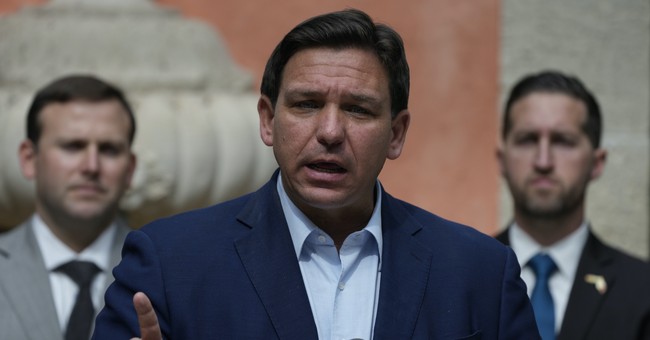 Friday, the US Eleventh Circuit Court of Appeals handed Florida Governor Ron DeSantis a huge victory in the struggle to return sanity and the rule of law to Florida’s elections.

To set the stage, in May 2021, the Florida legislature, as is its right under the US Constitution, passed a sweeping overhaul of Florida’s election laws. The purpose of the new law was to stamp out abuses that had grown up over time and quash new types of abuses invented during the 2020 let’s-crap-our-drawers response to the Wuhan virus.

The Democrats and their allies, which find it extremely hard to win elections without resorting to fraud, cheating, and abuse of the legal process, filed suit to stop the law from going into effect. Chief U.S. District Judge Mark Walker heard the case of the Northern District of Florida. Walker is an Obama judge. The significance of that soon became apparent as immediately played the “racism card.”

Chief U.S. District Judge Mark Walker, in a blistering 288-page decision, said the law placed restrictions on voters that were unconstitutional and discriminated against minority citizens. Those included limits on drop boxes used for mail-in voting, on giving items to voters waiting in line and new requirements placed on voter registration groups.

“At some point, when the Florida Legislature passes law after law disproportionately burdening Black voters, this court can no longer accept that the effect is incidental,” Walker wrote. “Based on the indisputable pattern set out above, this court finds that, in the past 20 years, Florida has repeatedly sought to make voting tougher for Black voters because of their propensity to favor Democratic candidates. In summation, Florida has a horrendous history of racial discrimination in voting.”

The judge’s decision placed a permanent injunction on several parts of the new law, such as restrictions on when drop boxes could be used by local election officials. As part of the order, the judge also put in a preclearance requirement if legislators want to change laws regarding voter registration organizations, drop boxes or so called “line warming” activities with voters waiting to cast ballots at the polls.

By “preclearance requirement,” this Judge Walker declared that if the legislature of Florida wanted to change parts of election law for the next ten years, they had to beg the leave of the courts.

Walker was not content to meddle where he had no legitimate reason; he used the Florida law as a vehicle for attacking Supreme Court jurisprudence. He makes it clear that he thinks the Supreme Court has betrayed the constitution by giving legislatures the right to make laws.

Even if fleeting, Judge Walker’s decision represents one of the most aggressive legal broadsides against Republicans in the heated voting rights battles that have followed President Donald J. Trump’s defeat in the 2020 election. The ruling also comes as Democrats and their allies pursue an uphill legal strategy, relying on federal voting protections diminished by the Supreme Court.

In his decision, Judge Walker castigated previous Supreme Court rulings on voting issues and essentially dared the justices to overturn his decision.

“Without explaining itself, the court has allowed its wholly judge-made prudential rule to trump some of our most precious constitutional rights,” the judge wrote.

You can read my reporting on Judge Walker’s silliness here Obama Judge Has Hissy Fit Over Florida’s Election Law. The full text of the opinion is below.

League of Women Voters vs. Lee by streiff

Governor Ron DeSantis declared the state would appeal the ruling to the Eleventh Circuit, and that opinion was handed down today.

Florida prevailed on all the issues, and the Florida election law, as passed by the legislature, will be the law that governs the 2022 election.

The opinion is below.