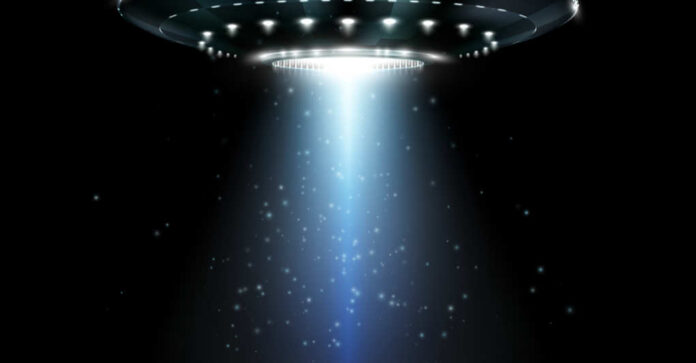 U.S. national security agencies are skeptical. It’s difficult for them to accept the idea of little green men in souped-up U.F.O.s zipping around the universe. This isn’t quite the description that was used in a classified progress report to the Senate Intelligence and Armed Services Committee, but it may as well have been.

The report’s actual description was; ‘highly advanced aircraft of unknown origin violating protected airspace.’ The Pentagon has been involved in a series of efforts to collect new data on what’s happening in the wild blue yonder, so buy into it or not, security/spy agencies now have to rigorously investigate the undefinable and quite probable imaginary sightings.

Just how they’re going to investigate the sightings is another story altogether. Lawmakers in favor of the directed investigations say it’s impossible for any security agency to make a determination based solely on reports. They need better surveillance systems not just meant for poking around space. They need to be able to zoom in before they identify any objects origin.

Sen. Kristen Gillibrand (D-N.Y.), called the issue urgent. Speaking on her behalf, one of her aides said, “Senator Gillibrand believes that the DoD needs to take this issue much more seriously and get in motion. They have had ample time to implement these important provisions, and they need to show us that they are prepared to address this issue in the long-term.”

It’s only been four months since Congress passed the National Defense Authorization Act that directed the Pentagon to establish an Anomaly Surveillance and Resolution Office and it has yet to be fully operational.

The office was given the green light to use “any resource, capability, asset, or process” they needed to pursue what they’ve termed, “unidentified aerial phenomena” because UFOs sounded kinda hoaky.

The legislation calls for the new Pentagon office to develop an “intelligence collection and analysis plan to gain as much knowledge as possible regarding the technical and operational characteristics, origins, and intentions of unidentified aerial phenomena.”

The office is required to submit reports to Congress detailing every incident they encounter, inclusive of those “associated with military nuclear assets, including strategic nuclear weapons and nuclear-powered ships and submarines.” Confusing to say the least. From the “Jetsons” to “Seahunt” in one sentence.

It only stands to reason how the Biden administration would need to establish one office to aid in the establishment of another. Deputy Defense Secretary Kathleen Hicks was given the honor of creating the Airborne Object Identification and Management Synchronization Group to oversee the creation of the Anomaly Surveillance and Resolution Office.

When asked what Hicks was really doing, department spokesperson Susan Gough said, “The Department continues to brief Congress on our efforts regarding unidentified aerial phenomena, including our progress in standing up the Airborne Object Identification and Management Synchronization Group, in accordance with the fiscal 2022 National Defense Authorization Act.” That must have taken a while to memorize.

So, now we have one office working on another office of which neither one have the proper systems in place to do their jobs. Another Brandon blunder. They say people should learn to live in the now but this doesn’t apply to chess players or world leaders who need to look into the future to prepare before they end up making a stupid move.

You may want to see if either of those offices is still hiring. It’s a plush job considering you’ll get paid to do nothing.