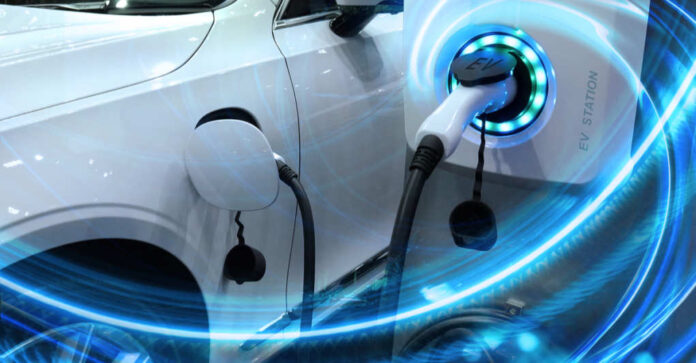 Joe Manchin may be a registered Democrat, but he’s not signing up to all of the Democratic ideals. He’s willing to throw the BS card at anyone, regardless of what side of the political fence they’re on.

And as Pete Buttigieg continues to push the idea of electric vehicles, Manchin has a few things to say to the Democratic Secretary of Transportation.

The Biden administration has been pushing people to buy electric cars as a solution to saving the planet. And, with gas prices soaring, the push has been stronger than ever.

What’s ridiculous is that the liberals still want to offer ridiculously high tax credits to make the switch over to electric.

Manchin pointed out that the administration is focusing too heavily on incentives as opposed to addressing real problems – critical mineral and domestic battery supply chain issues.

When the Senate Appropriations Committee met with Buttigieg, the Secretary of Transportation did a lot of finger-pointing. He talked about how China controls much of the global criminal mining and refining market. This means that they could use this leverage over the U.S. for a number of geopolitical reasons.

It’s possible – and it’s all the more reason why we cannot and should not lift tariffs on Chinese-made products. But that’s another issue.

Manchin pointed out the biggest issue – there’s a waiting list for electric vehicles right now because fuel prices are at $4 a gallon and higher across the U.S.

“It makes no sense to me whatsoever when supply and demand – we can’t produce the product for the people who want it and we’re still going to pay them to take it? It’s absolutely ludicrous in my mind. But I’m thinking we are getting ourselves tangled in a situation that we’re not going to be able to supply everything that’s going to be needed for this product.”

It’s good to see that Manchin is one of the fiscally responsible Democrats that reside within the Senate. He also makes a number of important points to Buttigieg.

Manchin also had an important question for Buttigieg – does the Department of Transportation share his concerns regarding EV credits and the supply chain issues?

Buttigieg danced around the topic, doing his very best to play puppet for the Biden administration. He talked about how it’s a “great example” of manufacturing capacity and how there’s an opportunity to do more on American soil. However, nothing is actually being done on American soil – especially since the Chinese are doing it for us, and for a cheaper price.

Buttigieg mentioned that the Department feels “a sense of enormous urgency to accelerate not just the uptake of electric vehicles, but, as you note, their production and our productive capacity for them.”

There wasn’t any mention of the EV credits, which is one of the biggest issues that Manchin has with the whole plan. The high EV credit is a big part of the Build Back Better plan that Biden is trying to resurrect, too.

If you’ve tried to buy an electric vehicle, you know that it’s not something that will be delivered right away. For some of the top models, you may have to wait up to 18 months. For example, if you want a Tesla Model Y right now, you won’t actually see it in your driveway until sometime in 2023.

And, if Biden gets his way with the Build Back Better Act, you could see a tax credit of up to $12,500 if you purchase an EV that uses American batteries.

So, if there’s already a waiting list, why the need to wave tax credits? It’s clear that Americans are buying EVs even without the Build Back Better plan.