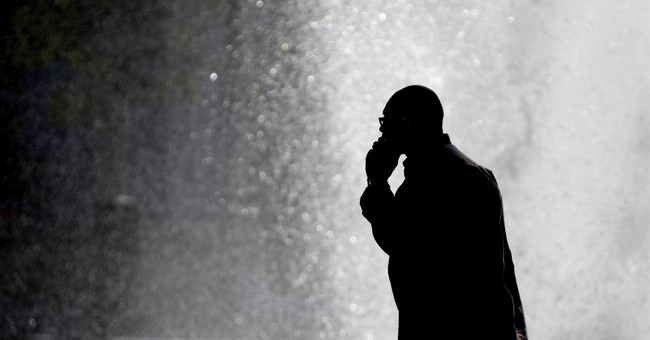 “I always feel like somebody’s watching me,” sang Rockwell in his catchy ’80s hit. If you feel the same way, you’re probably right.

You know things have jumped the shark when a government organization ostensibly set up to control disease resorts to spying on Americans.

The CDC specifically monitored Americans’ visits to churches and schools, as well as “detailed counts of visits to participating pharmacies for vaccine monitoring,” internal documents from the federal agency obtained by Vice show.

The CDC also reportedly tracked peoples’ movement during curfews and visits between neighbors.

SafeGraph, the controversial data broker who sold the information to the CDC, says that the data provided represents group location data, but not individual. Critics have raised concerns about the data being less anonymous than data brokers claim. According to Vice:

Location data is information on a device’s location sourced from the phone, which can then show where a person lives, works, and where they went. The sort of data the CDC bought was aggregated–meaning it was designed to follow trends that emerge from the movements of groups of people–but researchers have repeatedly raised concerns with how location data can be deanonymized and used to track specific people.

The New York Times a few years ago (back when they were a little more normal) did a deep dive on location data, and they reported on how they were able to easily identify a person called “Ms. Magrin”:

An app on the device gathered her location information, which was then sold without her knowledge. It recorded her whereabouts as often as every two seconds, according to a database of more than a million phones in the New York area that was reviewed by The New York Times. While Ms. Magrin’s identity was not disclosed in those records, The Times was able to easily connect her to that dot.

SafeGraph has also been accused of selling location data of visitors to abortion clinics, a practice they announced they were stopping as of Wednesday. The company is at least partly financed by billionaire Paypal founder Peter Thiel and the former head of Saudi intelligence. (Okay, that seems weird, doesn’t it?)

A data location broker company called SafeGraph says it will no longer sell the location data of groups of people visiting Planned Parenthood and other clinics that provide abortions following a recent Vice report. Purchasers of that data previously could reportedly tell where visitors to those clinics came from, how long they stayed at the clinic and where they went after.

I’m guessing that there are not a lot of Planned Parenthood top donors on RedState, but always remember: what can be done to others can also be done to you. Next time you visit a gun shop, you might want to turn off your location.

The CDC isn’t the only one purchasing data; the Public Health Agency of Canada and the Illinois Department of Transportation have also been accused of the practice.

Even if the data being sold does not reveal your personal information, I would argue that you’re being tracked anyway. How so? Let’s say the aggregate data shows that lots of people are violating lockdown orders and attending church. The folks in charge of enforcement will naturally march their agents to houses of worship and send violators home. This might affect you, even if you weren’t personally being tracked.

One thing is clear, we’re living in a surveillance state: we’ve known that for a long time. When my family tried to take a road trip last year, the navigation app shamed us for straying too far from home. From my wife’s Twitter feed:

After all the reforms following 9/11, and the emergence of cellphones and their ability to know where we are every second of every day, most Americans are acutely aware that their data is out there and probably being sold. They probably just didn’t think the Centers For Disease Control was one of the purchasers, because we thought: Aren’t they busy fighting diseases?