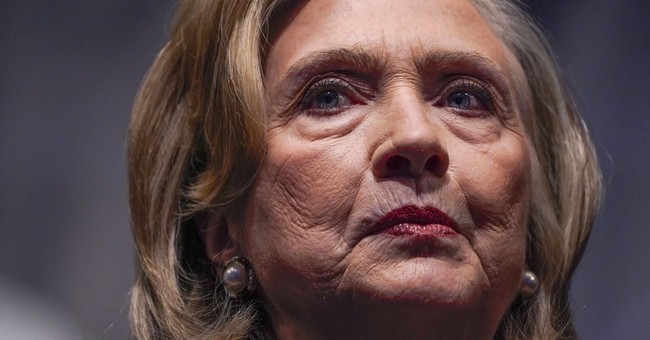 John Durham is continuing his prosecution of Hillary Clinton proxy Michael Sussmann, and Wednesday delivered some big news on that front.

To set the table, some weeks prior, Hillary for America and Fusion GPS tried to intervene in the trial by arguing that documents Durham had requested were covered by the attorney-client privilege. That was, of course, a laughable notion, given that Sussmann had previously denied he was working for anyone when he took a false Russian conspiracy theory about Alfa Bank and Donald Trump to the FBI.

In short, Durham set a trap, and Sussmann and Hillary’s cronies walked right into it. Now, a decision has been made on the documents in question, and it delivers a big initial victory to the prosecution.

As Techno Fog (an avid observer and expert on all things involving Hillary Clinton and Fusion GPS) asserts, this essentially means that Durham will get the documents. We already know that they aren’t covered under attorney-client privilege because it is an obvious falsehood to state that Sussmann was simply providing legal advice. In fact, Hillary for America settled with the government in another case admitting that. These documents will bear out what the true arrangement was, and they will be handed over to Durham and his team. That the document review will happen on camera, where no funny business can take place, is also a good development.

What comes after that? More pain, as the special counsel will likely use the information within to pursue other targets involved in the Russian collusion hoax. The veil is being lifted, and Hillary’s last-ditch effort to scuttle Durham’s important work has failed. Pretty soon, we’ll know all about who was paid what and exactly how coordinated the effort to frame Donald Trump and weaponize the FBI was.

Whether anyone inside the government will pay a price is a different question, and I still tend to doubt it. Unfortunately, the system is set up to protect the system, and while what the FBI and DOJ did was absolutely terrible, it may not have actually violated any laws. Yet, those like Sussmann who sought to lie to the FBI in order to damage Trump certainly appear to have done so, and they will be the fall guys here. Hillary herself will probably remain untouchable because powerful Democrats are untouchable.

Regardless, the investigation is producing fruit, and for once, there may be a reason to be optimistic that some sliver of justice could be delivered here. It won’t be what Trump and Republicans deserve after the travesty that transpired over 2016-2017, but it will be better than nothing.